Aunt Fawnee and the Arizona Highway

The Arizona highway, traveling with elders and truck stop confessions

I couldn’t justify the time away, and I really didn’t want to drive through the desert heat and a hundred other excuses, yet I volunteered to take my 84 yr. old Aunt to see her daughter in Arizona recently. It’s a rare opportunity to leave all the have-to-dos and just hang out with my last living Aunt. We headed out early in the hope of avoiding the clot of afternoon lemmings leaving LA. It’s a 5+ hour drive along the Arizona highway.  I believe in taking breaks. As long as we reach landfall by twilight, all will be good.  Here’s to truck stops, open vistas and rambling shot-gun confessions!

A difference in driving styles

Fawnee is one of those grin-and-bear-it drivers. I was married once to one of the worst. He, for example, powered through a 16 hour drive California to Oregon, as the only driver, with a two year old strapped into the back seat. They took 4 ‘potty’ breaks. I was returning from a retreat out of country or would’ve been riding shotgun and insisting on stopping more, if not for stretches, at least to have some fun. But those times are gone to dust and my son seems no worse for it. Back to Fawnee – We did manage to compromise and stop a bit more than she was used to. It wasn’t until we were alarmed by an odd noise near the front bumper that the road adventure truly began.

Who knew that sipping a beer while a mechanic removed a broken front base plate ‘thingie’, could be so much fun? We sat out in front of the station with our surreptitious paper bag refreshments and enjoyed commiserating with other stranded drivers. Best was the tattoo show from one family that played and inked together. Fawnee? She just took it in stride and enjoyed the twilight. We were back on the Arizona highway within the hour.

The rest of the weekend was a blur of family and friends. We stayed with my cousin who shelters abandoned birds – 32 in fact, rare parrots included…in the living room…just outside the guest bedroom. More compromise and it was a rare experience to wake to the jungle squawking just outside the door.

The long goodbye on the Arizona Highway

The drive back was more somber for the goodbyes and realizing that this is probably the last time my Aunt and I will road trip together (Update: We flew to Minneapolis together a few years later. Here’s that story.) She’s off on a Leisure World cruise this week and it’s probably a better match for her interests and energy. I will though cherish our ride and wish we’d gotten those ‘girlfriend’ tattoos together. Scary thought! 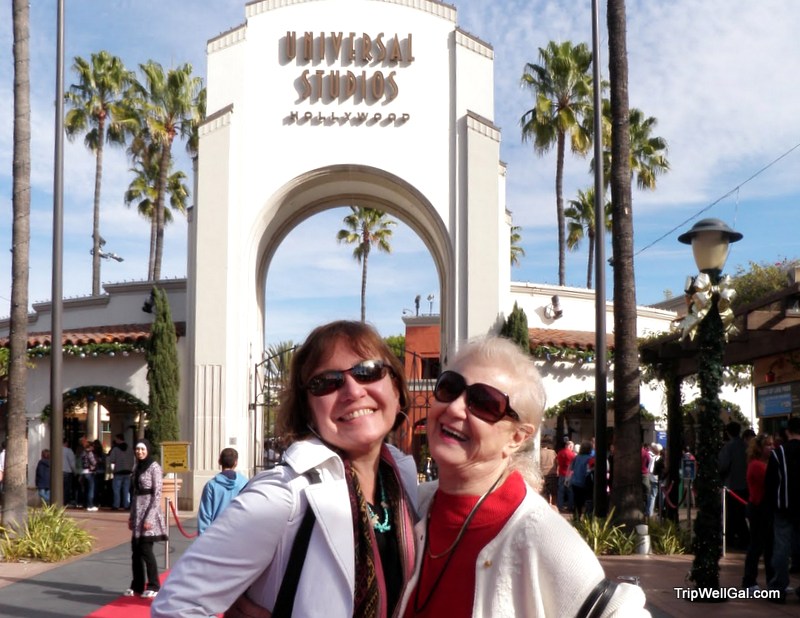