Bus Driver Pumpkin Chunks for a Cause – the Relay for Life Barbara Deklerow, school bus driver by day, competitively shoots pumpkins out of an air cannon in her free time. “People think, oh my gosh, it’s so redneck, but it’s such a fun and friendly time.” Dragged to her first Punkin Chunkin competition by long-time pal, Alison Sharp, Deklerow soon joined a team. For the past three years, she’s spent months training to set-up and breech a forty foot long cannon, insert the pumpkin, and pull the cord. It’s a long shot that has put her team, Chunkin for the Cure, ahead of the pack.

‘Captain Speed’, Harry Lackove, who retired from Chunkin some time ago, has helped the team gain some distance. He was drawn back into the sport when introduced to Chunkin for the Cure. His wife was recovering from breast cancer and the team was organized to raise money and awareness for Relay for Life, a cancer research non-profit. Captain Speed helped them create the first “Ta-Ta Tower” (their 40 foot cannon) and now it serves as a symbol of hope throughout the entire competition. This year competitors covered the cannon with signatures and well wishes for cancer survivors and those who’ve passed.

The effort has been funded by local businesses and team members contributing money, time and woman-power. The truck that carries the thousand pound contraption was donated, pink and purple team colors selected and a local artist painted Betty Boop on the bow. At each practice it takes four team mates to raise the cannon. At the shooting line, each member of the team helped get the beast ready to fire. It took six months of meetings, practices, firing the engine up, refining and raising money with T-shirts and decal sales plus donations. All the profits go to Relay to Life, minus the four dollar pumpkins.

About those cannonballs – each of the 120 teams has its secret source. Three perfect pumpkins were procured for the three day competition. Each team is secretive about where they find their ammunition. Deklerow, now one of the Chicks Rule cannon captains, would only share this much, “The soil’s been wet all year, which meant soggy pumpkins that don’t hold up well. Some teams have traveled far to find their perfect squash cannon balls.”  Teams also look for solid pumpkins weighing eight to ten pounds, with few seeds that are bruise free and ten inches in diameter.

At the competition cornfield site in Delaware it takes one to two hours to assemble the bow and check the fittings. Then there’s the daily mandatory safety inspection, which helps keep the twenty-six year event accident free. Each pumpkin is carefully inspected. Once they determined there’s been no tampering and it isn’t frozen, inspectors spray the color of the day and the team number on each dome. “Then we wait, adrenaline pumping, to pull the cord and hope for the best” Deklerow says.

This year’s competition, held the first week of November, set six world records and at least one 4,000 foot toss. The cannon chicks captured third place, unofficially, covering 3,514 feet in their second shot, a new record for the team, and they raised $1,500 over the weekend for their cause. They didn’t focus on shooting a target, it was all about distance. Luck was with them, as Deklerow says, “Wind has everything to do with it. If it’s coming at you, you’re knocked right down. Behind your back, you sail through the air.”

The pumpkin chunks teams are organized into different categories: human power, theatrical (“absolutely adorable” Deklerow confides, “they include kids as young as six years old”), trebuchet (catapult), centrifugal and adult female air. (The Chunkin for the Cure category.) Teams need seven people on the firing line, to choose their class and there’s no age limit. “If you can make it down there, you can compete.”

Last year the Hormone Blasters won with the furthest shot and Deklerow hopes that more girl teams will join the fray. Getting a group of friends together who are willing to donate their time, energy and knowledge is the first hurdle. Go online to start, Deklerow suggests, “There are lots of websites which will help you figure out which way to go”. One of the design suggestions that she can relate to and, is sure to win over kids, is using a school bus as the cannon base.

Punkin Chunkin went prime time this year. Over the three day event held early in November, 120 teams competed and over 100,000 people attended. This year on Thanksgiving night, the Science/Discovery channel broadcast a special about the backyard engineers who turn pumpkins into projectiles. Mythbuster’s hosts Kari Byron, Grant Inahara and Tory Bellecci were behind the firing line getting up close and personal with the explosive contraptions and their dedicated builders.

Punkin Chunkin has been great fun but what drives Deklerow is helping to find a cure for cancer. She says that once that’s accomplished she’ll turn to something else, like diabetes research fundraising. “One day I want to wake up and know that no one is being affected by cancer. The next dollar that we raise may be the one that does it.”

Directions for donations may be sent to the  email them at: chunkin4thecure@aol.com

Deklerow will keep driving her bus until training starts again next autumn. Her riders are big fans of the Chunkin for the Cause team. One afternoon they ran out to her yelling, “Barbara, Barbara they showed your team in the morning on the classroom smart board!” With favorable wind, their enthusiasm and her skill, the pumpkin chunks team will go far next fall. 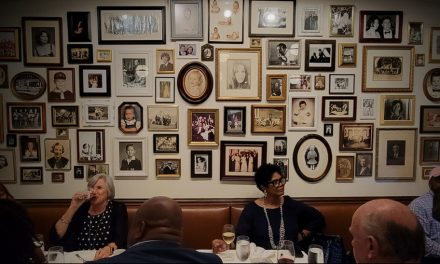 Where to Enjoy the Best Food Places Birmingham Alabama Offers 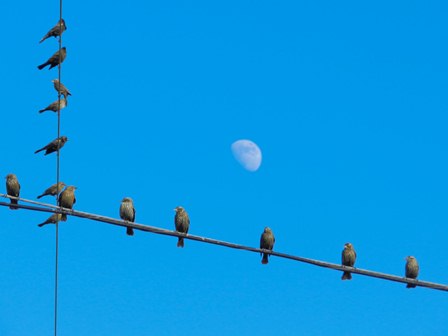