A Chicago Food Tour – One short day and many tastes 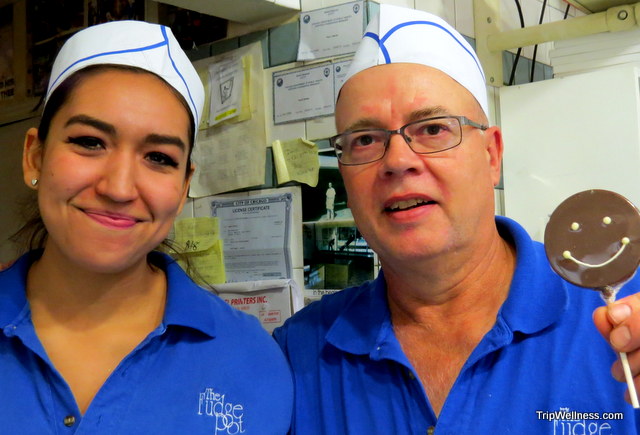 Just how much can you taste with only 36 hours in Chicago? With a good guide, there’s quite a lot, I discovered.

It began with an overnight stay near Midway airport before a late flight home. The only thing I was certain of was the easy train connection from the terminal and it was my chariot first thing on a Monday morning this fall.

My destination was a rendezvous in the Gold Coast neighborhood for a Chicago Food Planet Food Tour. Taking it all in at the Fudge Pot.

Was 11 am too early to dive into deep dish pizza?

Not in my book. After a quick sidewalk orientation with the energetic and hilarious Jackie as our guide, our little group entered Lou Malnati’s Pizzeria on North State Street. If the name sounds familiar you may have seen the episode of John Stewart’s Daily Show. Malnati’s made a delivery of Chi-town’s finest for a segment about how to eat deep dish pizza. Turns out the Malnati family moved from Texas in the 1940’s and worked at Pizzeria Uno, where the first deep dish pizza was born. Their own take-out place opened in 1971. They’ve kept growing and the recently opened Gold Coast location has plenty of room for dining with a cool industrial vibe. We enjoyed their classic butter-crust pizza. Each large pie featured over a half pound of Mozzarella and lots of sausage. That version outsells Pepperoni in Chicago. I now know why.

Sipping tea is perfect after a filling slice and we next ventured into an exclusive Tea emporium, Teagshwendner. Now before you say ‘Geshundheit’, know you can find many locations of this world class specialty tea store via their easier acronym – TGTea.com. We entered a tea fancier’s wonderland stocked with over 250 of their blends plus imported classics. I confess to being a green tea addict and was charmed by the knowledge of the staff. They prepared special blends for us explaining optimal brewing practices. Green tea is touted as the health-brew du jour, but all true tea is from the same plant with the same benefits. It’s a matter of taste. Taste we did before venturing back out to see the Belles of the Gold Coast, the mansion neighborhood first built by Potter Palmer in the 1800’s. We passed the home featured in the movie, Ferris Bueller’s Day Off, and the first Playboy Club, now several floors owned by separate families. We were told that one relic of Hugh Hefner remains. There’s a plaque near the entrance, admonishing in Latin, “If you don’t swing, don’t ring!” Our guide, Jackie, kept us going with more historic and titillating lore as we strolled to Old Town’s Wells Street. Before I knew it we were entering a narrow and exotic space, the Kameachi Old Town restaurant. Upstairs we climbed to a private dining room for a sushi and sake tasting. Kameachi was established after WW2 by internment camp survivors who joined a burgeoning Japanese population looking to put distance between themselves and California. The restaurant holds nothing of that rancor, but is a graceful and beautifully decorated space. Their sushi sampling was simple and fresh; the sake sips a perfect accessory.

On a food tour what better to do after a bit of protein than dessert?

Across Wells Street was another legendary storefront, The Fudge Pot. The deliciously fragrant, compact shop was founded by owner David D’Atello’s father who started his confectionery career at the Mars Candy Factory. He helped create the Three Musketeers candy and infuse milkshake flavor into Milky Way bars. We were led to a behind-the-counter treat, their famous Butter Toffee, while standing next to fancy molds and trays of their in-house favorites. The delight they have in fashioning specialty chocolates and all kinds of candy overflows in the cases and shelves. Taste treats and stories continued along Wells Street.  At Old Town Oil we ‘ripped and dipped’ fresh La Fournette Bakery baguettes and soaked up flavored vinegars and oils. My vote goes for the aged Balsamic, particularly the Persian Lime and Pomegranate. Undaunted, our sensory overload continued at the Spice House a few doors away.

Over 600 varieties of fresh spices filled a large, airy room. Small baskets of fresh samples were set along shelves overflowing with condiments from around the globe. Freshness is key here and the staff keeps busy replacing ground spices every two weeks. After looking around a bit we were ushered through the back door into a small garden for a presentation about cinnamon. Did you know how many variations there are? A mild version comes from Sri Lanka; Indonesian bark is a bit stronger and the most popular for American palates is the Vietnamese or Saigon version. It smells just like the Red Hot candies I craved as a child. Now I know why.

Our little group had bonded over all this indulgence but we said goodbyes after the last stop, Delightful Pastries, with its European style cases and goodies. We ate pastel-colored and puffy macrons, a favorite for the large Polish population of Chicago. They were perfected by owner, Debra Wolinski, who hails from South Africa.

Chicago is packed with history, traditions, international flavors and peoples. The Chicago Food Planet offers food tours and culinary samples in many neighborhoods that visitors might never discover on their own. I look forward to returning to walk off more calories with the good company they attract and their fun, informative guides.

This tour was a gift from Chicago Food Planet but all opinions and recommendations are my own. 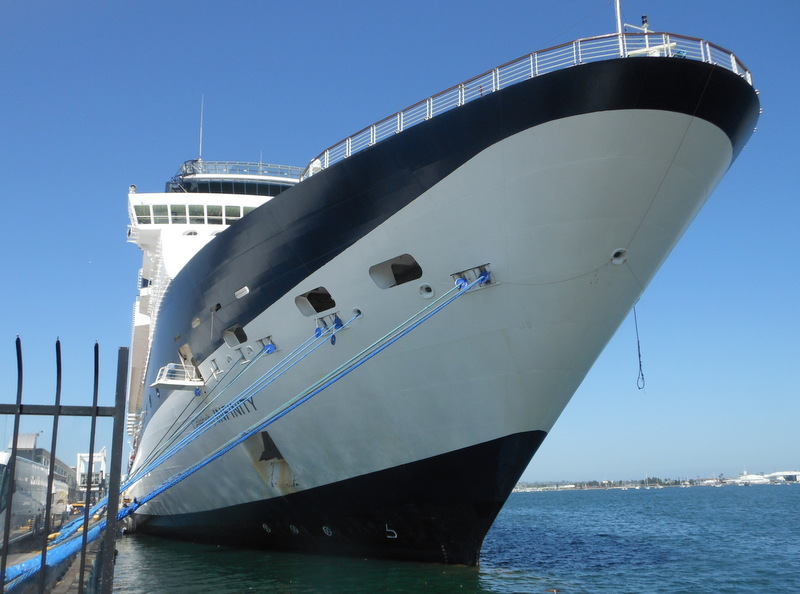 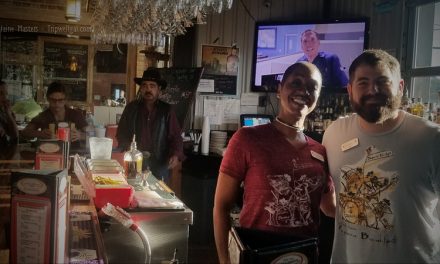 Find the best taste of Louisiana in Lafayette 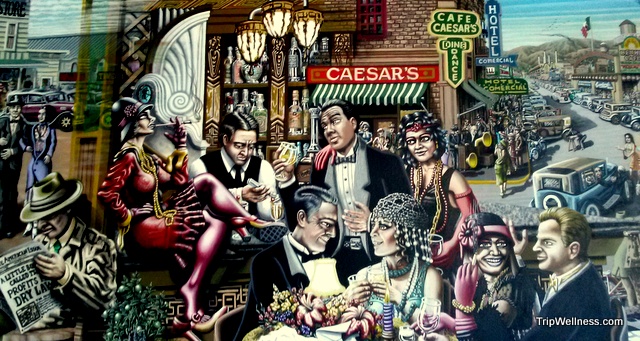