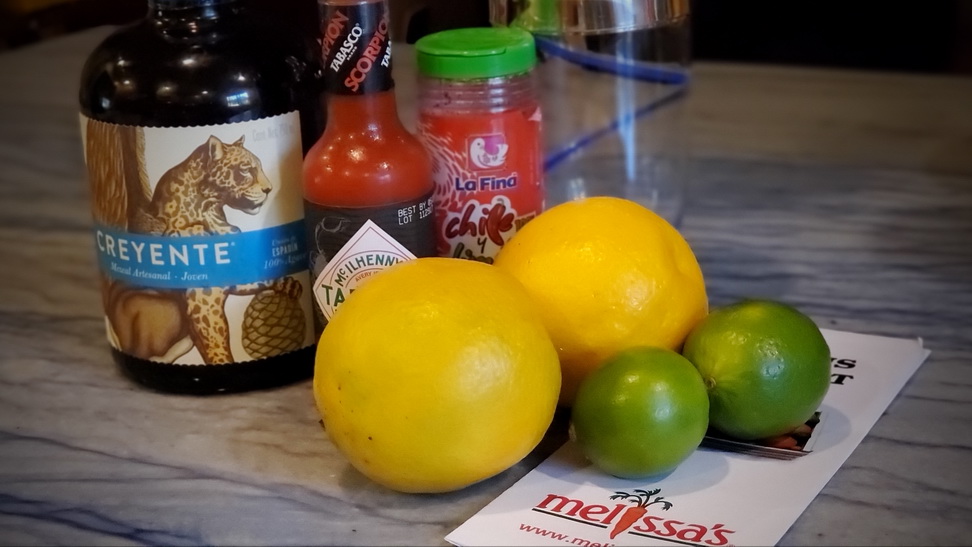 Ease Your Wanderlust with Melissa’s Fruits and Vegetables

Flashback to walking into a wedding reception outside of Sao Paulo, Brasil. I strolled onto a veranda dotted with my new daughter-in-law’s pretty friends and sweet family. On one patio there were tables full of Brazilian delicacies and sliced meats. Appetizers were shared by waiters. It was the first of my Brazilian culinary adventures and while I may not return anytime soon, I’ve been indulging in food nostalgia during the past months. What really got me going was a box of citrus and exotic fruits delivered by Melissa’s Produce. 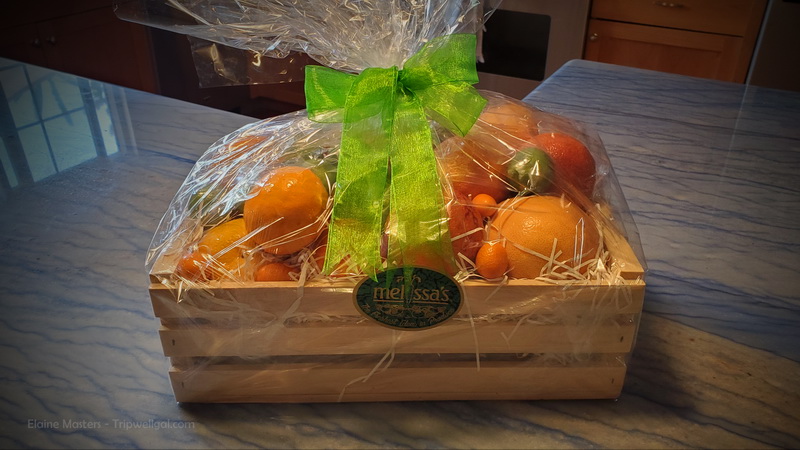 The beautiful Melissa’s Citrus Basket delivered to your front door

This post was inspired by an exchange made with Melissa’s. As always all opinions are my own.

Standing at one end of the reception pool in Brazil, I was struck by a towering Mango tree that rose over the rooftop. It was massive – over one hundred feet tall. Drawing closer I discovered a bartender beneath its branches. Bowls of luscious fruits waited on the counter as he was busy making custom Caipirinhas (pronounced Ky-Pee-Ree-Nyah.) Over the course of the party I tried several variations and fell in love with the smokey notes of Cachaca, the traditional rum-like liquor. Muddled limes and ice, sugar and several generous shots in a tall glass are found in the original recipe (see a variation below.) There’s a saying about “The first time being your best” and when the occasion arises, I’ve been trying to recreate those drinks ever since. (Read more about Brazil and Carnival in this earlier post.)

My sweet tooth got the better of me that afternoon as I also sipped Strawberry and succulent Mango versions – each requested with less liquor. Now at home, I treasure bottles of Cachaca and pick them up when I can find them. With the exotic fruits and the Citrus Basket delivered by Melissa’s, memories of these culinary adventures have floated back as I pulled the treasured bottles out of the shadows. With all the fruit, fixing a tall cocktail has become a ritual in my #QuarantineKitchen. Such fun! 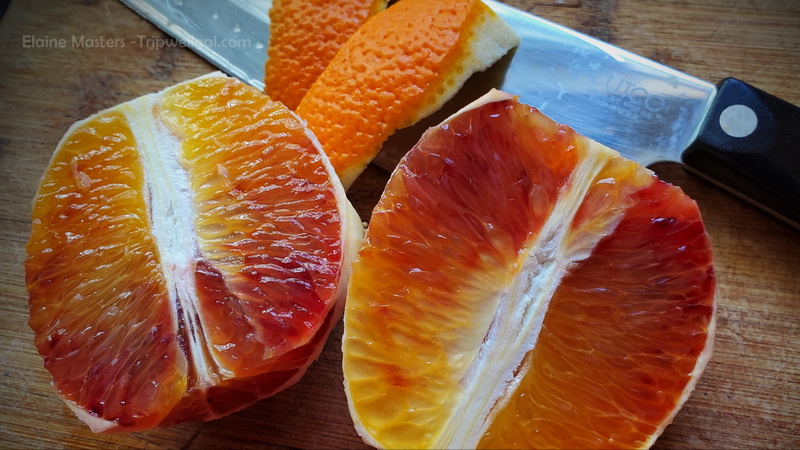 Bounty from the Garden

We’ve quite a garden at home and with travel cancelled it’s been getting lots of attention these past months. With my partner, Dave’s, green thumb, anything that doesn’t fruit or flower has been uprooted. I’ve been learning about seasons and vegetables, tried new herbs, and haven’t killed off the old roses yet. Citrus season is over now but I live on fresh OJ when I can. Which brings me to another reason the Citrus Box from Melissa’s has been a treat. The Volcano Oranges are a new variety to me as we don’t grow Blood Oranges. They’re really worthy of an audience.

I look forward to making a vinaigrette for a citrus-infused salad and eating it outdoors as we watch the dusk fade to black, birds flit through the treetops, and perhaps the neighborhood opossum will make an appearance as he crawls up to our compost pile. 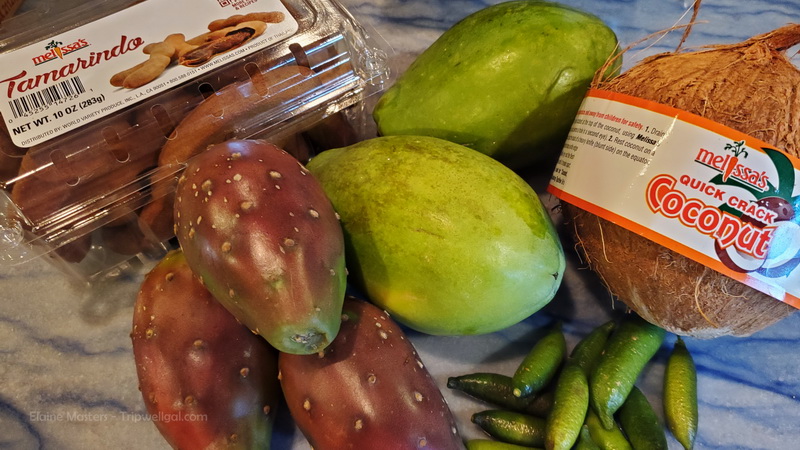 There are many choices from Melissa’s and I also ordered exotic fruits from Latin America. It was fun to learn how easy the  ‘easy to crack’ Coconuts were. Fresh chunks of the juicy, white fruit have been making appearances at breakfast or as ready snacks later in the day. Finger Limes are lovely garnishes for fish and the ‘caviar’ pulp is a delicacy. Kumquat slices are garnishes for salads and drinks. Most exciting are the Prickly Pears or Cactus Pears. I sliced them open carefully in case any spines remain but with all Melissa’s care there was nothing to worry about. The sauce reduction started with pulping and straining the bright red liquid for use in salads and especially cocktails. Strawberry Papayas have turned a rosy color in my ripening bowl and I’ve already juiced a few of the oranges and key limes. The Meyer Lemons – a truly rare treat in this household – are going into curds and other recipes. 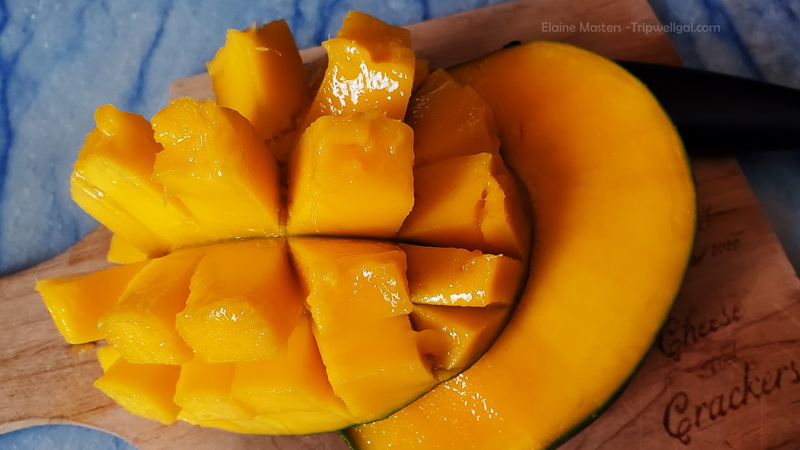 Flashback to Hawaii with every bite of Papaya from Melissa’s.

I can’t time travel but eating a favorite food from my childhood snaps me back to my Mother’s kitchen. There was something about the way she would slice a grapefruit in half and run the short knife in separating the skin between juicy sections. She showed me how to use a Grapefruit Spoon which was narrow with pointed teeth at the end. The right tool for the task indeed and I haven’t seen one since I left home.

The Ruby Grapefruit that was delivered in my Citrus Box is firm but juicy. It’s very sweet and perfect in salads or as an afternoon snack. My mother usually bought the plain grapefruit which is tart and delicious with a dash of salt. She would prepare the orbs and drizzle a bit of honey over the pulp, then slide the pieces into the toaster oven for grilling. My job was to watch that they browned only slightly and to remove them before the honey caramelized into black goo. Waiting for it to cool before eating was the hardest part. 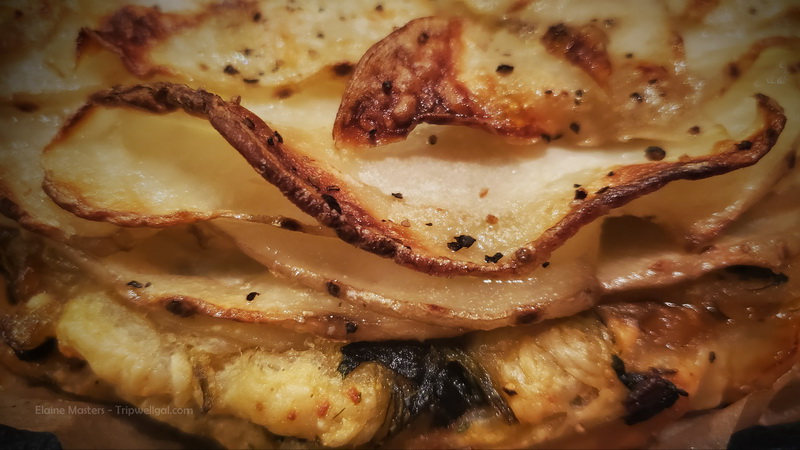 Least you think I only drink in my Quarantine Kitchen let me assure we’re eating well. Now and then I’m inspired by a newspaper recipe or find myself with a full refrigerator veggie bin and look for recipes. That’s how I discovered the recipe for Chermoula and Spinach Pie in the New York Times. While I’ve never been to Morocco (yet,) Middle Eastern dishes are some of my favorite. They’re comforting with rich flavors and spice combinations unique to my American palate. This particular recipe bakes the Chermoula sauce into the pie as well as using it for a garnish. The paste is spiked with lots of garlic as well as lemon rind and juice. Again the Meyer Lemons from Melissa’s were perfect. The pie took hours to make but the sauce was easy. I’m going to be making Chermoula variations for years to come. 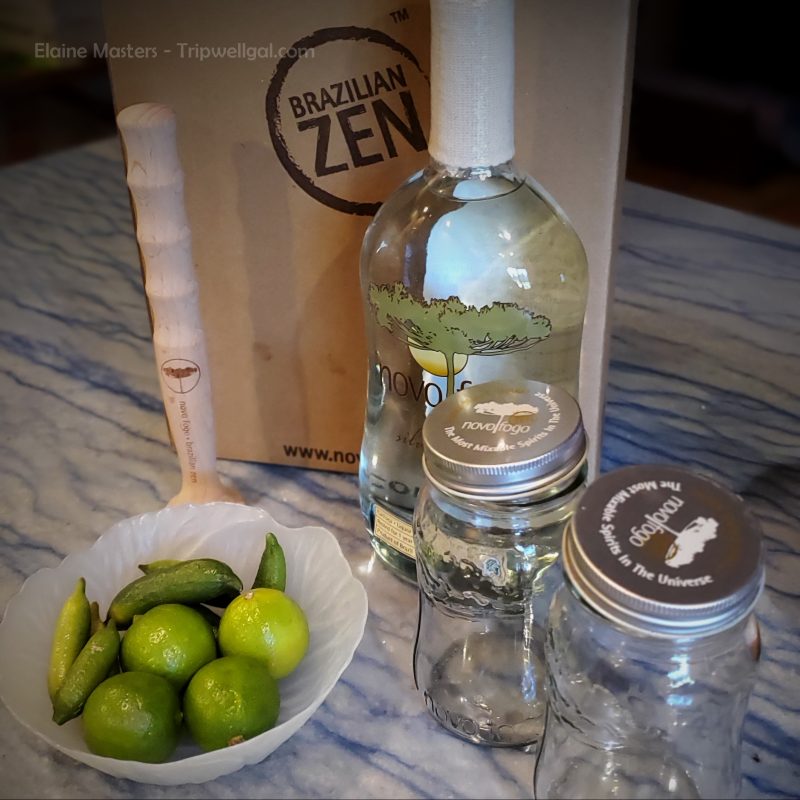 Caipirinha Cocktail – The Taste of Brazil

This is so simple and delicious. It’s tempting to make with Rum but I assure you it won’t be as satisfying.  I made mine with an organic Novo Fogo Cacahaca. Find a wooden muddler if you can, it makes the job much easier.

Roll the lime on a hard surface with your open palm to open up the juice inside. Then slice it in half and cut into the peel several times in a cross-hatch pattern being careful to not slice fully through. Put into the glass and muddle the fruit with sugar until you have pushed most of the juice out. Fill your glass with ice. Add the Cachaca and p0ur everything into a shaker. Once well shaken pour everything back into the glass and garnish with a slice of fresh lime. Enjoy. Next time try mangoes or strawberries versions. 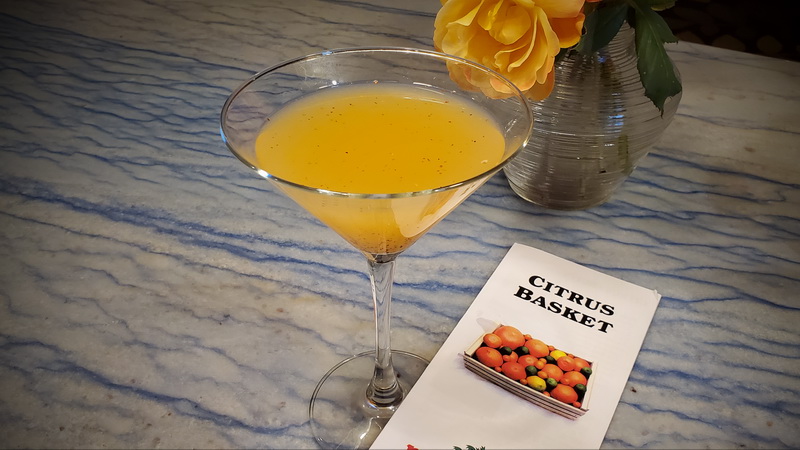 The Golden Boot, Baja Version, with fruit from Melissa’s

Muddle the lime and add all the ingredients short of the orange juice into your shaker. Shake vigorously, pour and top with orange juice. Look for many variations on this recipe throughout Mexico.

I adore this fruit and alcohol punch during warm weather months and have finally found a fairly simple recipe. The important part is making it several hours or a day before serving.

This year has called for lots of home cooking and culinary adventures. I look forward to continuing the trip with Melissa’s Produce.

Also, there’s more to the story at this post with Along Comes Mary.

Have you relived any memories in your #QuarantineKitchen? 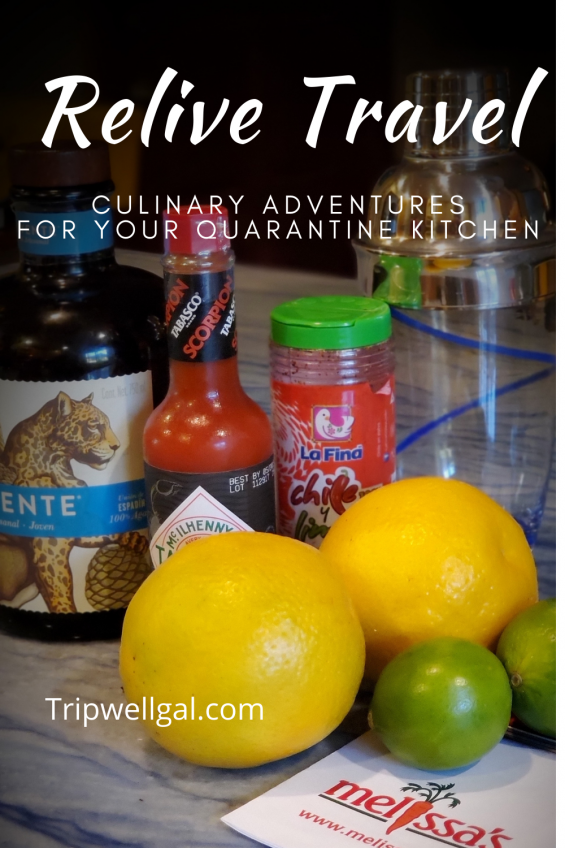 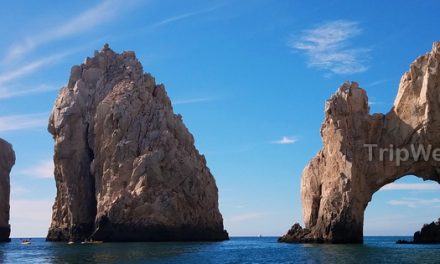 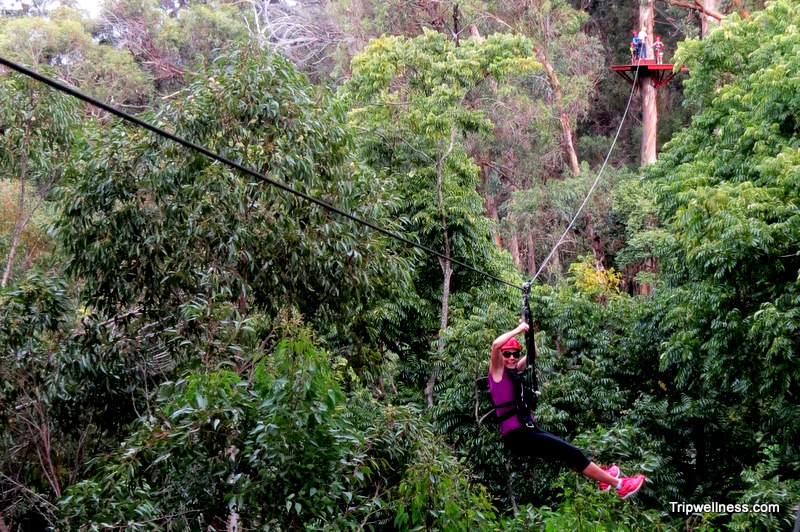 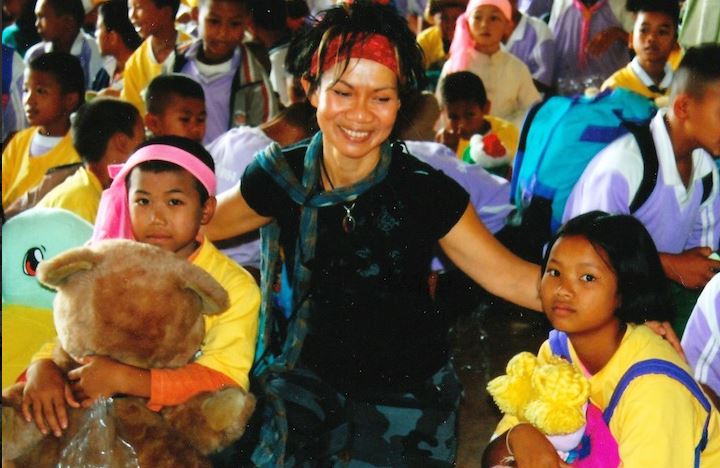 Travel deep into the hill tribes – Toys for Thailand