Showtime! The Day of the Dead Festival in La Paz Mexico 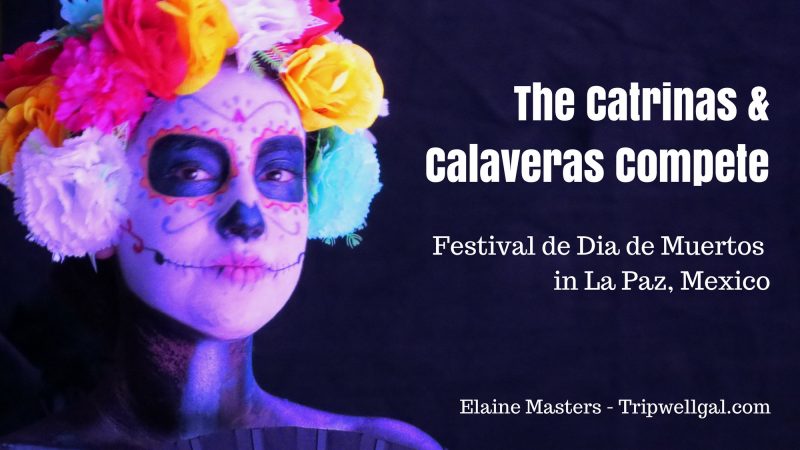 La Paz Mexico is a relaxed and comfortable city that transforms each fall. A creative frenzy takes over before the annual Festival de Día de Muertos, the Day of the Dead. The fishing-village-turned-vacation-spot has hosted movie stars and nobility. It also inspired John Steinbeck to write his novel, The Pearl. No less than Jacques Costeau praised it as a scuba diving mecca perched on the Sea of Cortez. La Paz Mexico also hosts of one of the largest Day of the Dead festivals in the region and the whole city gets involved. 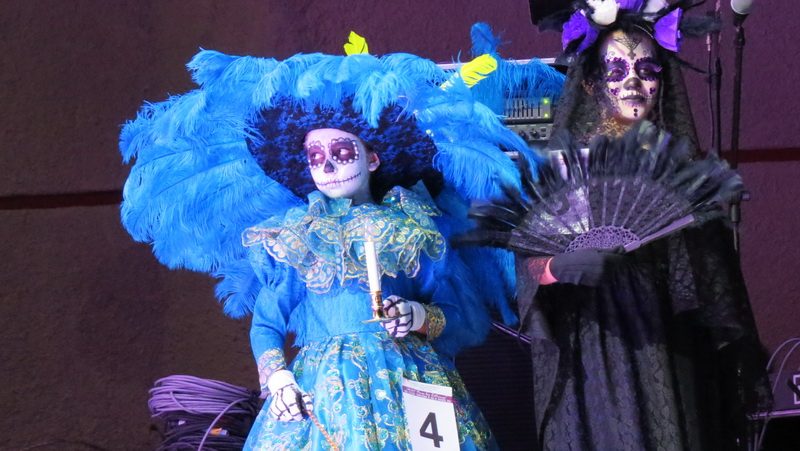 On the evenings of November 1st and 2nd throughout Mexico, families and friends gather to remember those who have died. Altars honoring loved ones appear in offices and churches. They overflow with Aztec marigolds, pictures, candles, decorative breads, and personal items. Home altars and cemeteries are central to the celebration in La Paz, Mexico. Generations gather to remember and to teach the young about their ancestors. It’s a festive time reaching back to the Aztec culture which celebrated death as a pleasant after-life with good company and no worries. 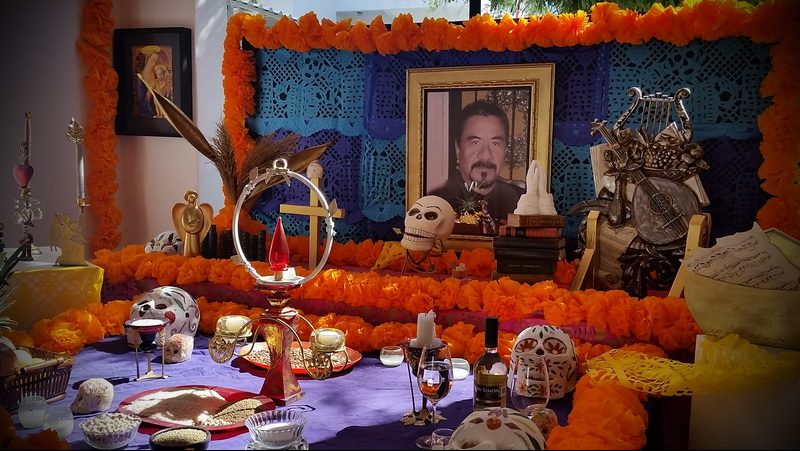 Where did the Catrinas and Calaveras come from?

North Amerian and European cultures see death very differently than in La Paz, Mexico. In the ancient Indian culture of Mexico, death is a woman. She’s called la Flaca, la Huesuda, la Pelona or La Catrina (the Skinny, the Boney, the Baldy or the Fancy Lady.) Her presence, bones and all, is welcome as escort leading the dead to join loved ones who’ve already passed and they spend eternity enjoying each others company. 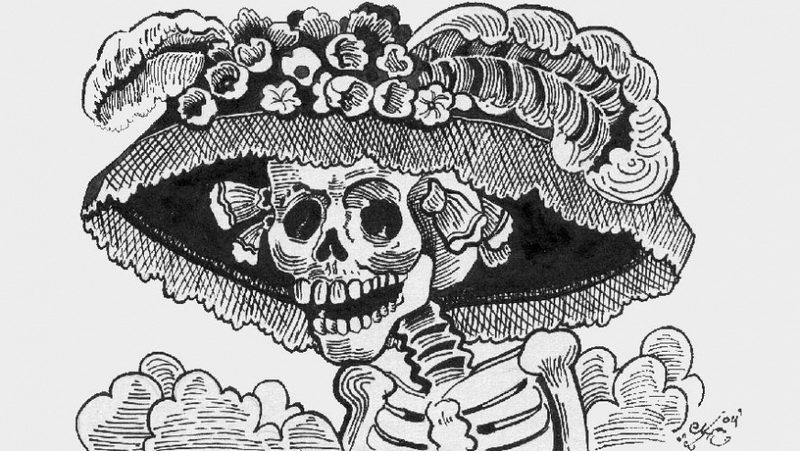 Statues and period costumes were inspired by the political illustrations of artist José Guadeloupe Posada (1852-1913.) He satirized the upper classes during the reign of Porfirio Diaz. Since then many versions of the Calaca, the Calaveras or skulls and skeletons, wear fancy clothes. They are portrayed dancing and playing musical instruments with abandon. 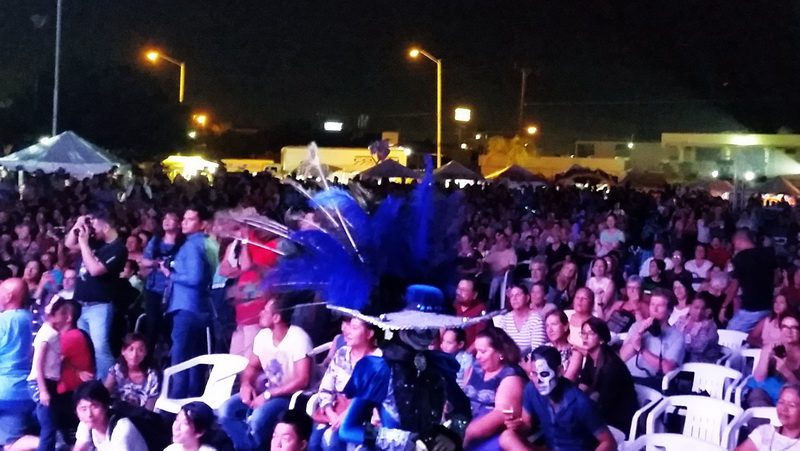 The crowd cheers on the performers and competitors.

I’ve visited cemeteries for Dia de Muertos in Tijuana (Read about that here) but was unprepared for the crowds and sweet rituals at the Festival in La Paz, Mexico.
.
On the first night of the festival, I joined the crowd at dusk. The periphery of the huge plaza overflowed with displays of altars. Traditional foods filled vendors’ tables while families of all generations mingled at the free event.

Watch the Festival in this short video: 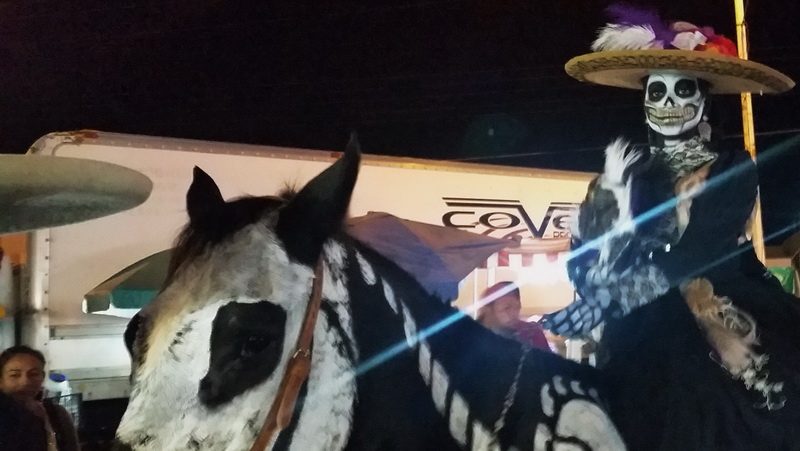 Even horses are decorated for the La Paz Mexico Festival

The night darkened as I walked through the plaza. Onstage a variety of vibrant dance troupes went through carefully crafted choreography. Comedians performed and the emcees kept things rolling. Then, in the crowd, elaborately costumed Catrinas materialized. Silent and regal, they were comfortable posing for pictures and each costume was more elaborate than the next. 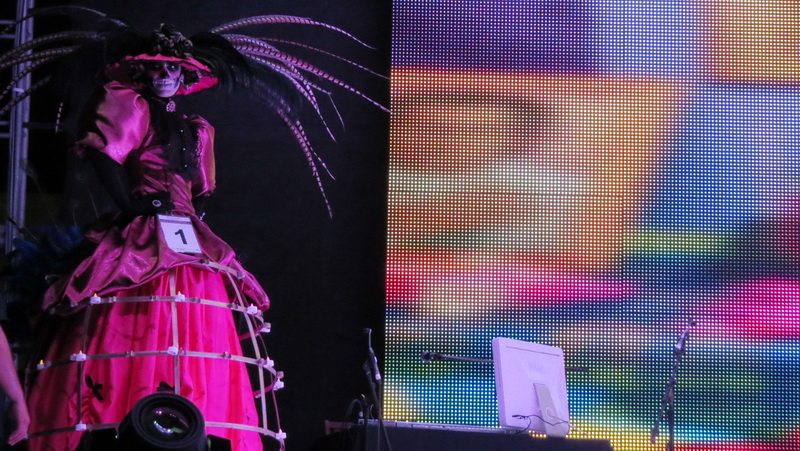 The stage competition begins at the Day of the Dead Festival

As the night progressed, the stage cleared while emcees introduced a parade of women, men, and young girls. Each strutted across the stage competing solemnly for attention and the judges’ votes. Unfortunately for me, the winners weren’t announced until the following evening. 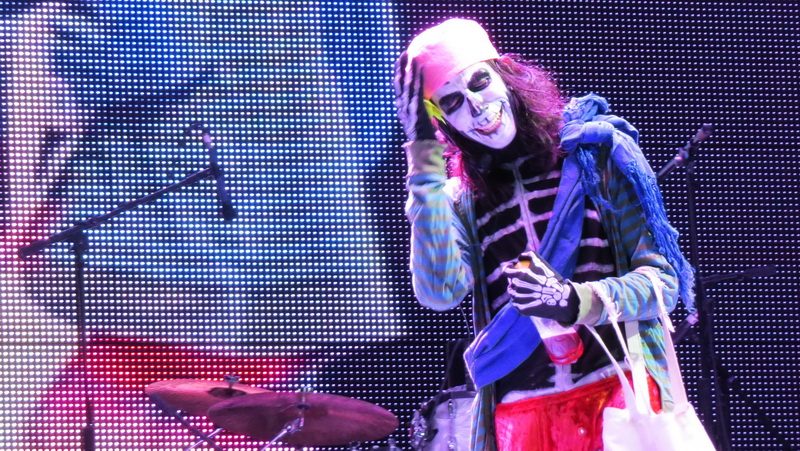 A comedian onstage at the Dia de Muertos Festival 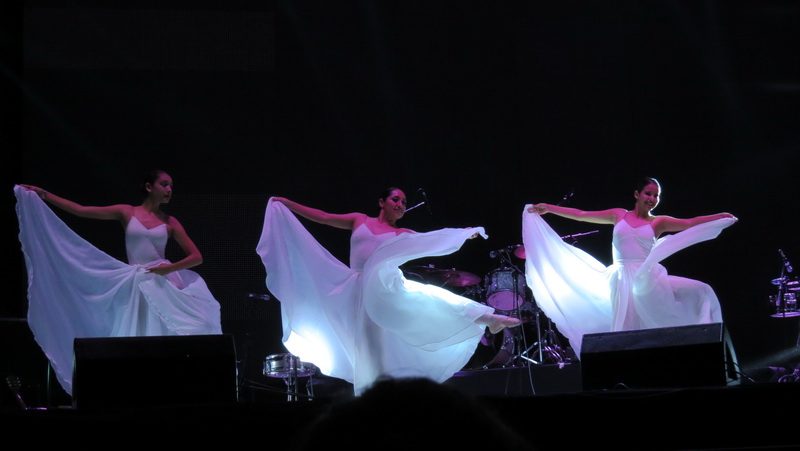 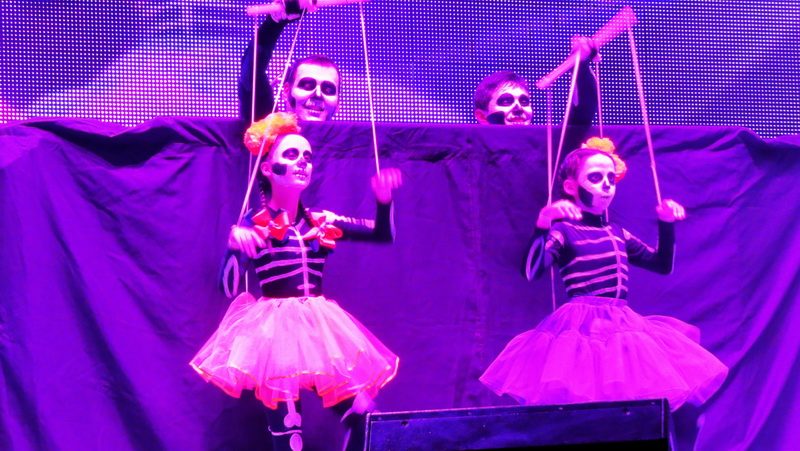 One of the more creative dance performances.

I don’t speak Spanish so the comedians’ performances were lost on me but it was easy to share the crowd’s enthusiasm. No translation was necessary. Also, not many know but I was an actress for years and always loved period costumes. Knowing how much work and commitment it takes to make these outfits and how much energy it takes to “stay in character” in crowds and onstage, made the Festival a deeply, thrilling night! 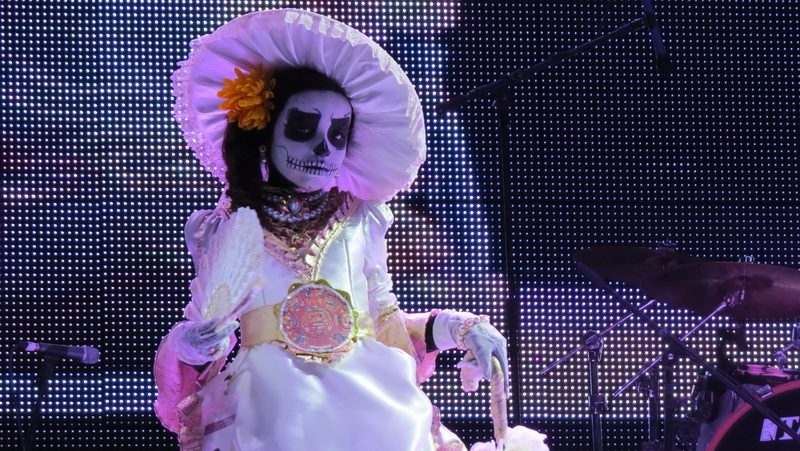 Royal bearing in a young Catrina.

Find out more at these websites: 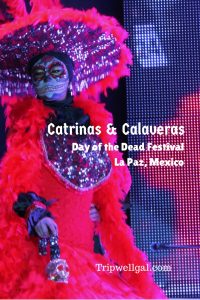 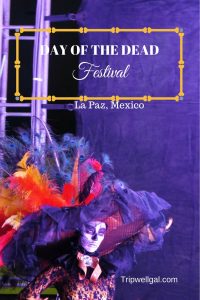 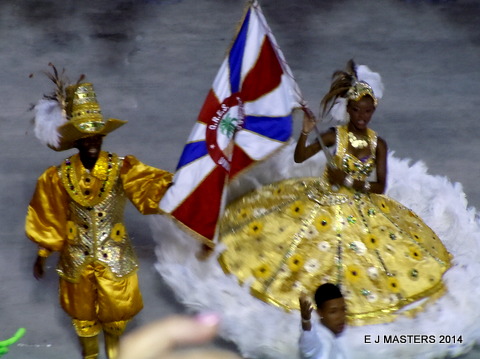 Carnival in Rio, Brazil – from Samba to Mardi Gras