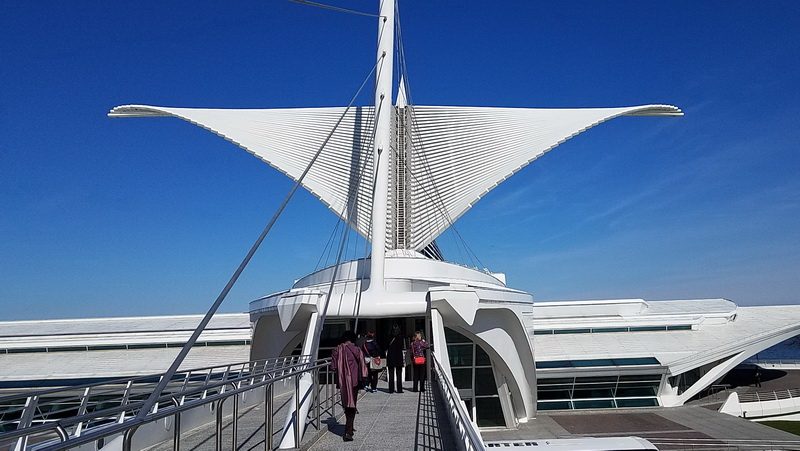 I love great architecture and towns in the American Midwest are full of beautiful craftsmanship and glorious buildings. Milwaukee was a business center in the 1900’s. Captains of commerce erected sturdy buildings and many remain within a few short blocks of downtown. New architecture is taking flight along the shores of Lake Michigan as well. Don’t miss Milwaukee. 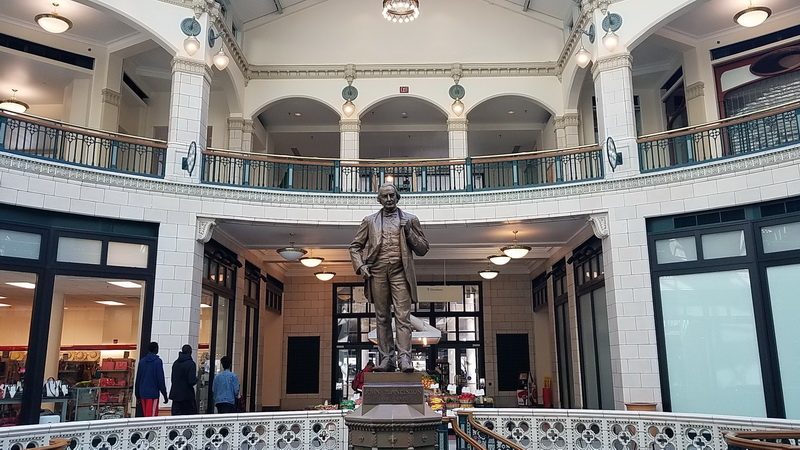 In 1915, John Plankinton, the founder and owner of a Meat Packing Company, built the Plankinton Arcade as an entertainment center with bowling and billiards. It was fashioned in a 15th-century Italian Gothic style that remains but today it houses shops and cafes. 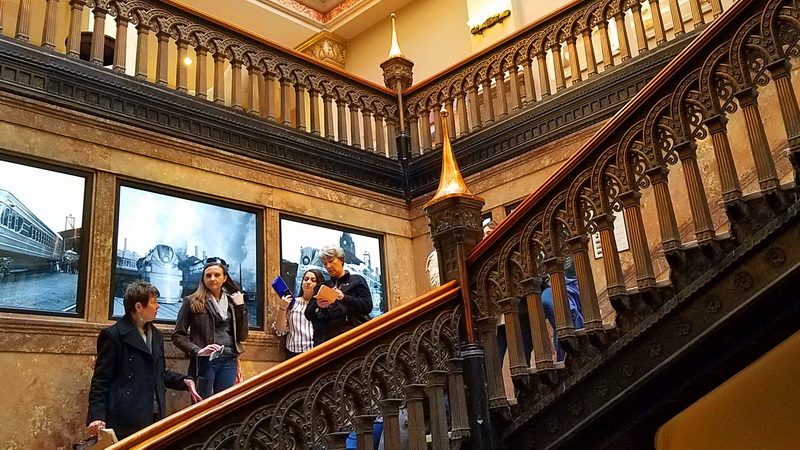 The Loyalty building designed by Richardson Romanesque in a unique classical style now houses a hotel. Mader’s Restaurant has been serving German fare since 1902. 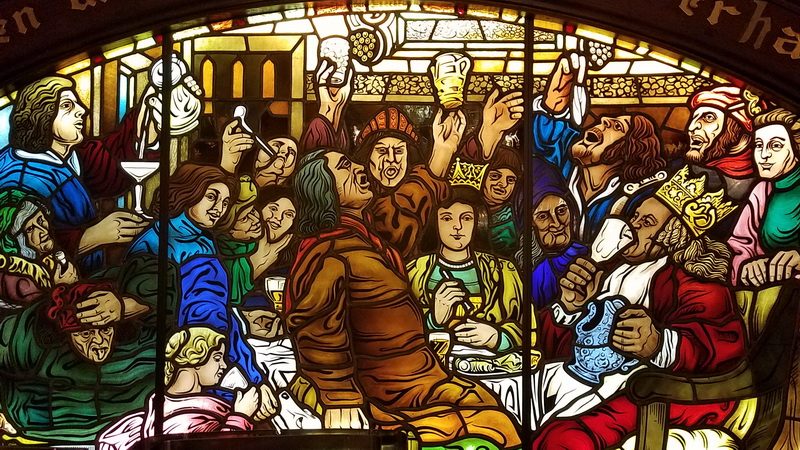 One window inside the German restaurant, Mader’s 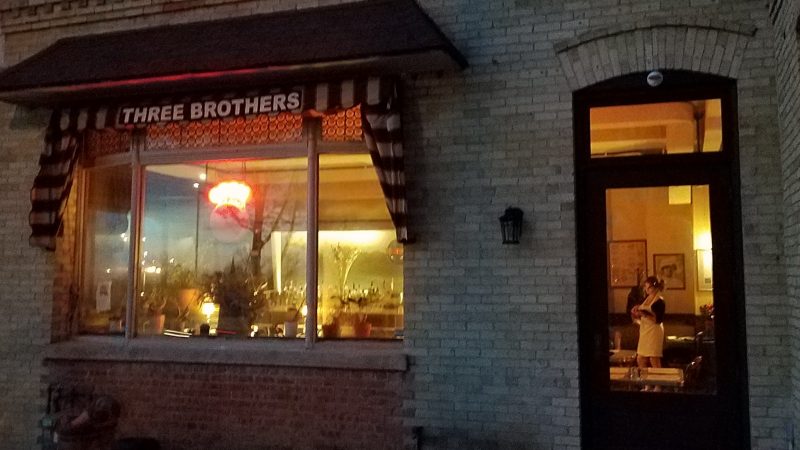 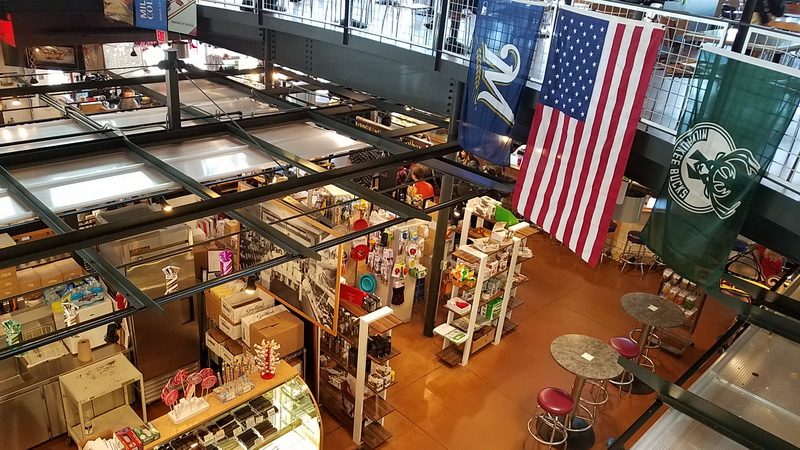 A glimpse of the Public Market in Milwaukee

The Third Ward is overflowing with new cafes and bars. Grab a bite in its centerpiece, the Public Market. 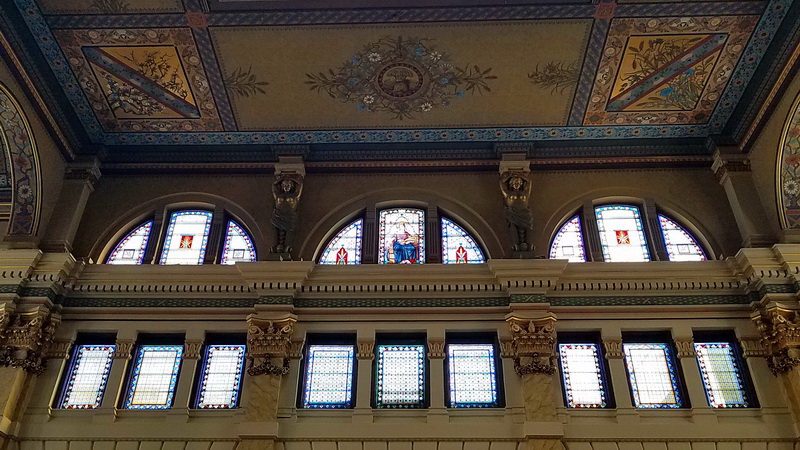 Inside the Grain Hall

Inside the Grain Hall, there are massive stain glass windows and classical murals. The floor is inset with a huge, restored medallion.

This video will give you a moving glimpse. Don’t miss Milwaukee in your travels:

The Iron Block ranks among Milwaukee’s most important Civil War era building. It is the only remaining major example of cast-iron architecture in the city and is one of a few of its kind left in the Midwest. 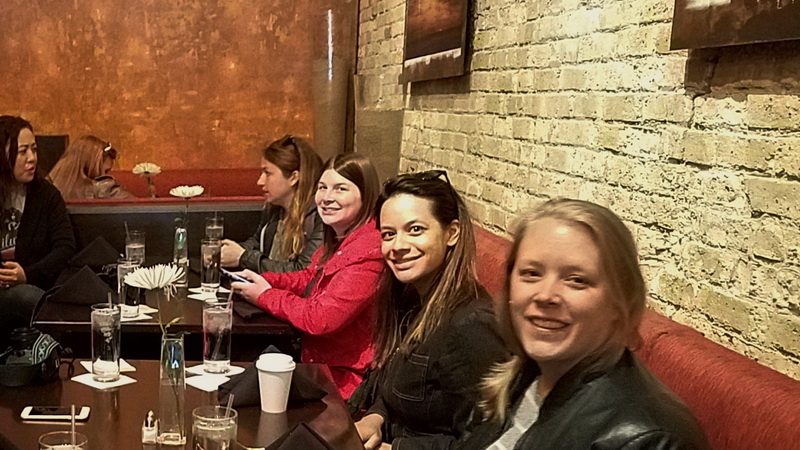 Pristine cream brick inside Swig in the Third Quarter

Cream City bricks are made from a red clay containing large amounts of sulfur. It was commonly found in the Milwaukee area. When fired, the bricks become creamy-yellow in color. Unfortunately, they are also porous and soak up city grit. Today many cream brick buildings remain but unless scrubbed with chemicals regularly they remain dark. 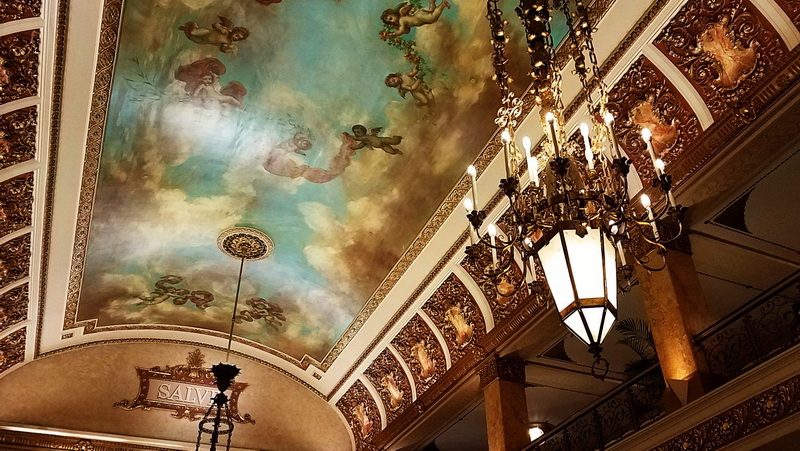 The Pfister Hotel lobby is one of uplifting opulence and built for the public to enjoy. Today the hotel still retains its glory. There are panoramic views also in the penthouse Blu Bar.

But the greatest discovery, to my mind, is the new Art Museum. Created by engineer – architect, Santiago Calatrava.Several times a day, when the Lake Michigan winds permit, the building’s giant wings open to allow light into the interior. 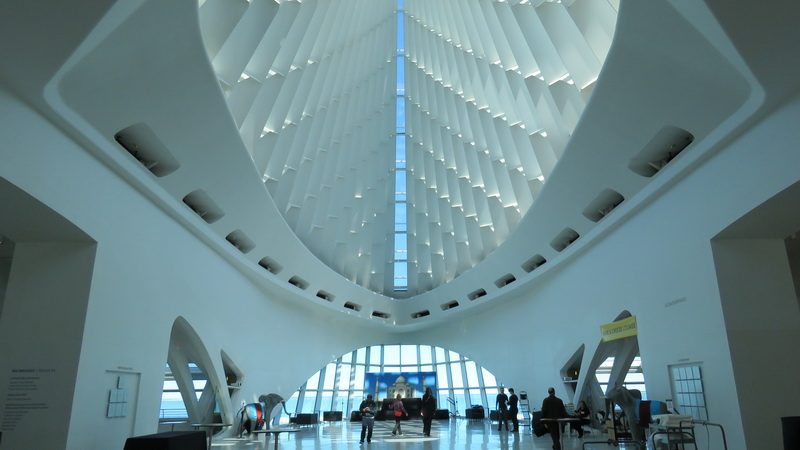 Inside the Milwaukee Art Museum

The immense space feels like it breathes. It certainly had me breathing faster as I walked through. The Milwaukee Art Museum has been noted around the world for its wings. Inside and out the building is a wonder to experience.
.
That’s a brief look at some of the windows, the unique walls and the wings that make visiting Milwaukee, Wisconsin’s downtown a great town to walk and ponder.
Here’s another glimpse into Milwaukee culture – The Harley Davidson Museum.
Proud member of these linkups full of other great travel blogs: 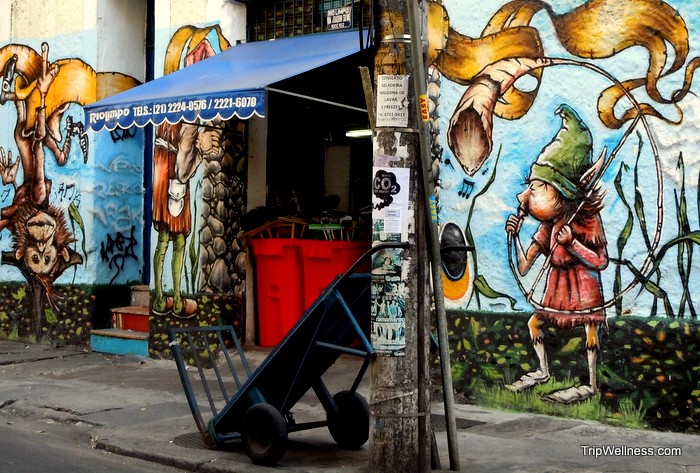