Five ancient to practical reasons you should avoid the eclipse They call it the King Killer, the death of the sun. The total eclipse of the sun on August 21 is a big deal. The US is in a frenzy of planning and traveling to stand in the great shadow’s path, but ancient societies warn against watching.

They advise against travel or “engaging in risky activities” during a solar eclipse. As the moon blocks the sun, Navajo elders voice caution and Jyotish Astrologer, Blaine Watson, strongly suggests against having anything to do with the eclipse, or with any eclipse partial or full.

“This solar eclipse, occurring in the sign of Leo (in Vedic Astrology,) the sign of the king of the jungle, Leo means lion, is deemed a king killer. National leaders are considered at risk as a result.”

2. The Navajo Nation has similar concerns about watching the eclipse:

.
Traditional Navajo tribal members won’t look up while the eclipse is happening. Their word for the event is: Jóhonaa’éí daaztsą́  (Listen to how it’s pronounced below.)  The phrase is two words. First is sun followed by a stem that refers to falling but, in this form, translates as death.

Traditionalists believe that watching the eclipse could lead to health problems and misfortune to the family.

According to the Navajos, during an eclipse, the sun dies and is reborn as it passes out of the shadow of the moon. Many Navajo observe the eclipse by fasting the night or day of the event and by staying indoors. According to their tradition, the eclipse is an intimate event between the Earth, Sun, and the Moon. Traditionalists believe that watching the eclipse could lead to health problems and misfortune to the family.
.

3. Many of the eclipse viewing sites will be impacted, crowd scenes

Across the nation, people are on the move to witness as much of the eclipse as they can. In Oregon where the eclipse hits the continent first, NASA has forecast that Madras, a sleepy city east of Salem, is about to be inundated with hundreds of thousands of visitors. Look up any town in the path of totality and you’ll see what is expected and planned. Roads are bound to be crowded and it’s going to be hot. Here are some tips from an early blog post for taking care of yourself on the road. 4. Watching the eclipse near major population areas will be expensive

Hotels have been booked and if you find a room, prices are through the roof. We found an Airbnb space months ago but will have to drive over 100 miles to view the totality. Campsites and eclipse-festivals are packed. Food and services will be priced for scarcity = more expensive than usual. Gasoline prices will skyrocket and, I hope, nothing worse.

5. There will be lines: Bathrooms, food, and services will be difficult to find or access

The grand solar eclipse of 2017 traverses thirteen states and most of the seventy-mile wide path avoids main population hubs. Those small towns and municipalities, the state parks and camping facilities, in the path are bracing for crowds. Be prepared – bring water, snacks and toilet paper if you are driving the day of the eclipse. Still, the lure of this lifetime celestial experience is strong.

.
I can’t fight it. My tribal instincts run toward the cluster *!@?!*? that witnessing the eclipse will be. Since I have meetings in the Pacific Northwest already, I’m going to witness the totality. The sun, moon and the earth will line-up in one of the most celestial phenomenon’s you can see with your eyes. Well not with naked eyes. That’s definitely not recommended. We have found eclipse glasses but many don’t have them. Watching the sun anytime can lead to blindness. The only time you can look up during the eclipse is during the totality, the few minutes that the moon’s shadow fully covers the sun.

Don’t have protective glasses? Make a Pinhole camera for watching the eclipse.

Full disclosure (and because I’m one proud Momma,) my son, Joshua created this animation (but not the captions) as his first project during his fellowship with NASA.
.
If you plan on taking the advice of the ancients and stay home during the eclipse, you can still watch it. Visit www.nasa.gov/eclipselive(link is external), where you will be directed by default to the NASA TV broadcast.
.

Here’s a short video about what we experienced where you can actually see the eclipse totality go from night and back to day.

.
Stay safe and leave a comment. Let me know about your experiences of the eclipse.

Come forage on the lowest tide in a year!
Shot in La Jolla just before sunset. -2 foot tide and San Diegans came out in force. ...

So many delights. I took the morning off to enjoy high tea with friends at Bliss Tea Treats. The chilly day faded from the moment I stepped into this bright, Mardi Gras cafe and relaxed over tasty treats and conversation. It's a special spot steps from the train station in downtown Oceanside. And leave time to walk down to the pier about 5 minutes away.

Step through the village markets of Oaxaca - A quick glimpse of the local colors and crafts.

Moonlight in the morning (Moonlight Beach, Encinitas, CA) on the day between storms.

My heart goes out to those impacted by the recent rains, but California is a big state and San Diego is doing well. May dams hold, reservoirs fill, floods subside, and the mega-drought be relinquished to history. ...

The Danzante unfolds in front of the Teotitlan Cathedral. Each dancer trains for 3 years and performs over 7 hours on the Dia de la Virgen de Guadalupe.

I was lucky to attend as it began. With special thanks to Kalisa Wells and the people of Teotitlan, Oaxaca.

A moment in the museum at San Bartolo Coyotepec where black clay pottery is the star, but the gallery full of whimsical sculptures by Effrain Fuentes touched me with childlike joy. I'm standing next to 'A Traves de Lentes.' Life Living Through You 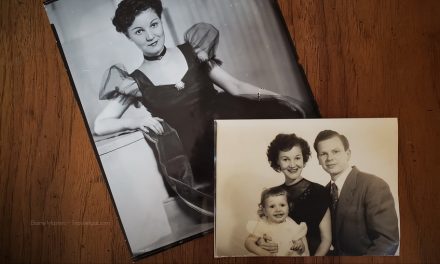 Homebound traveler: Get ready to nurture your inner mother