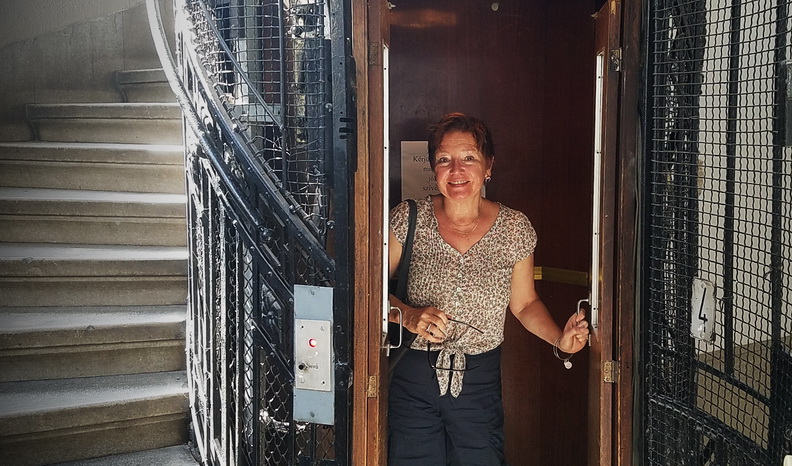 I dragged myself into Budapest, arriving at the Nepliget bus station at midday and alone. Leaving Zagreb at dawn meant that breakfast was a leftover slice of pizza and that kept me company for the five hour bus ride. Once in the station, I discovered that wifi wasn’t working, there was no place to get local cash and not speaking Hungarian was a problem. I stiffened my resolve and knowing my destination was on the river, dragged my roller bag in the direction of my Airbnb apartment. It was an exhausting trek but the city was gorgeous in the sunshine and the long walk felt wonderful after sitting for so long. I ended up triumphant about going out alone in a new country and managing it all without a meltdown. 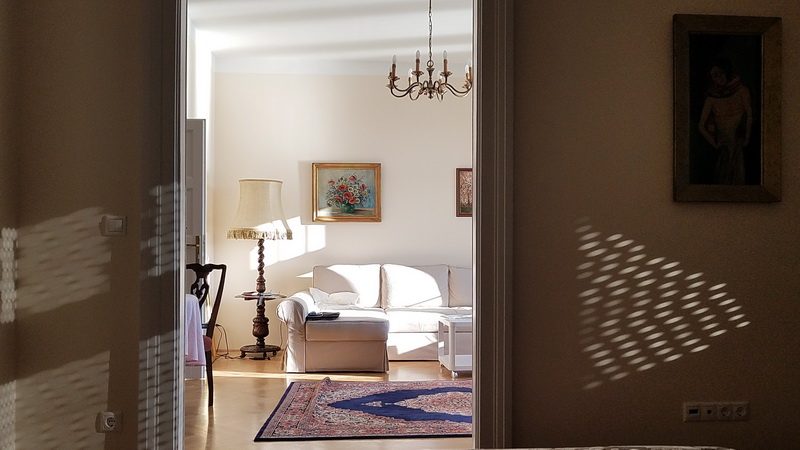 View from the bed in my affordable Buda neighborhood Airbnb apartment

Buzzed into my riverfront apartment, I managed to ride the old cage elevator to the fourth floor and went through formalities with my kind host. Then alone and still for the first time all day my attention went to the windows. Across the Danube rose the Parliament building. The dome of the Cathedral crested over the town. I could just spy the top of the giant wheel and when I leaned out a bit, could gaze across the waterfront for miles. This apartment was a find but I was hungry and that meant going out alone. 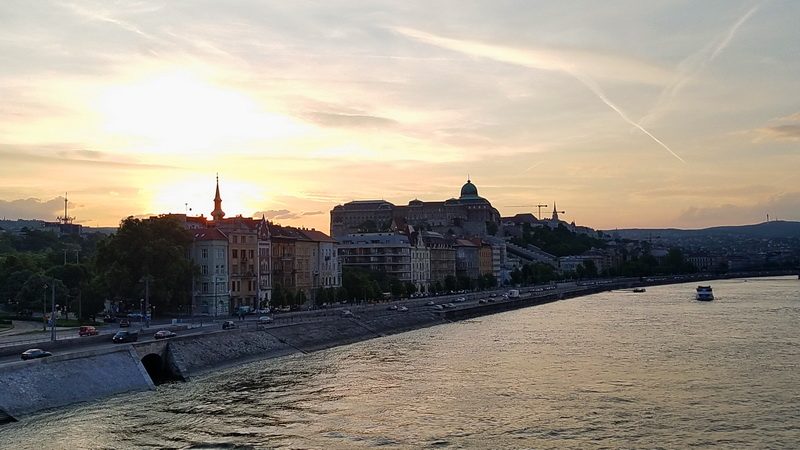 There’s freedom in going out alone

As a woman of a certain age, a Boomer, I admit to feeling a bit freer about going out alone than ever. I was once plagued by self-consciousness and too often felt preyed upon by unwanted attention. Real or imagined, it was draining. Now, a sense of privacy and confidence are my companions. Strangers don’t bother me and it’s easier to start conversations when there’s no sexual tension.
There can still be awkward moments. In Switzerland on a ten-day solo train trip, I forced myself to have one meal out each day and it was often dinner. Outside of St. Moritz, I left my inn to find a meal. The most promising places seemed to be in hotels. I forced myself into a seat at a small, lobby bar then ordered the house specialty. It turned me into the center of attention as the bartender proceeded to flame my mug! The surrounding group shared exclamations but no one seemed to know what to do with this odd American woman drinking by herself! No matter, I wanted to get back before it was too late. 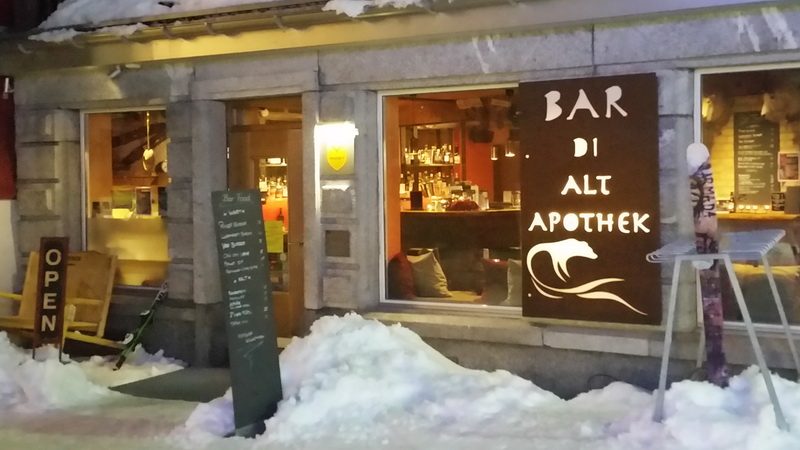 The bar cafe that was my dinner refuge in Andermatt, Switzerland

There can be perks to going out alone. In Andermatt, I enjoyed sitting at a small riverside cafe and drinking the local aperitif. After taking my waitress’ recommendation a plank overflowing with cheese, sausage, nuts and fruit appeared in front of me! No one seemed to mind that I left with most of it. That was my inexpensive lunch the next day.
.
Back in Hungary, a quick search of the quiet Buda side of the city on Google Maps showed several nearby grocery stores. I was determined to stock the small kitchen with breakfast and snack foods for the next three days. Once I headed uphill away from the tourist area, things got real. Locals were heading back from work in the early evening shadows. The boulevard was full of crowded buses and commuters. I noted a few bars and cafes as I trudged on, stopping only for a streetlight before entering the Prima grocery store. 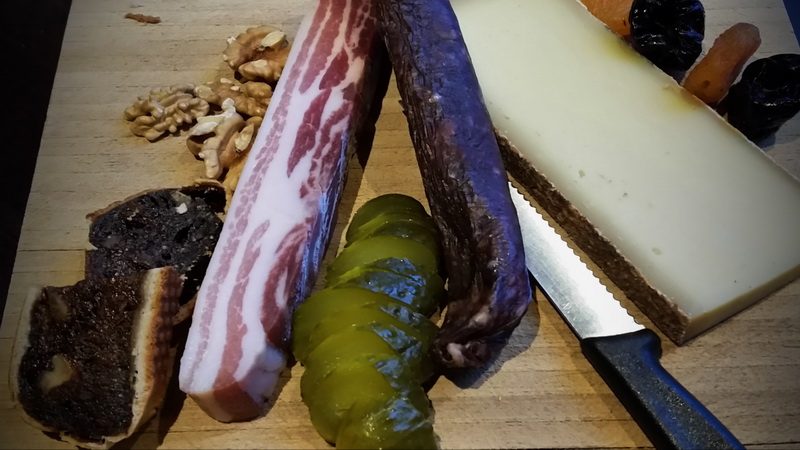 Imagine eating all this alone! Nope, half went to lunch the next day. River Cafe, Andermatt, Switzerland

Before leaving California, I’d made sure my credit card had a chip and set up an international travel alert. It came in handy until I could exchange dollars for Forints. Dozens of Hungarian wines lined the shelves but I opted for a large lager with some English on the label. That “Premium Dark Beer” would make a nice welcoming gift for my travel buddy when he arrived the next day.
.
Remembering that I needed to carry everything back in a small satchel, I wandered the store looking for compact pieces of fruit, bread, butter, cheese, and the all important coffee and cream. Refrigerator cases were full of items I couldn’t recognize. Reaching in, I guessed at a few and then stepped back to watch what others chose.  Soon my basket was heavy. At checkout I again followed other customers lead, taking my purchases to a table near the door to fill my own bag. It wasn’t until I returned to the apartment I discovered that instead of cheese I’d purchased three lumps of butter – but it was grand butter! 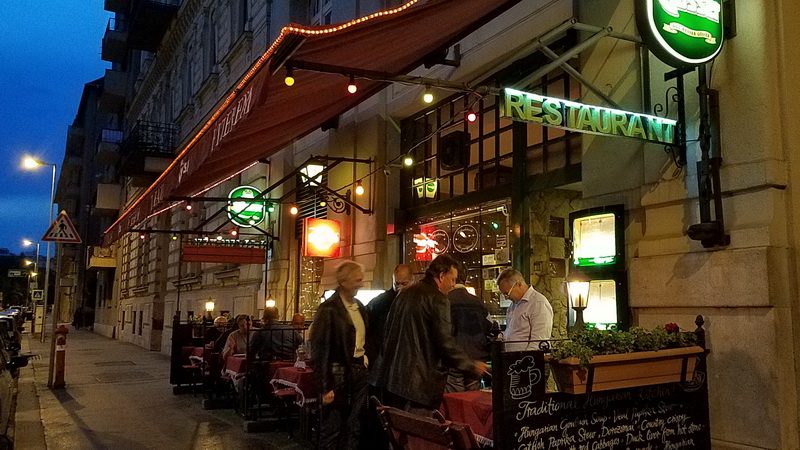 After my grocery store adventure, my tummy complained of neglect. I was determined to find a decent dinner before settling in for the night. An inviting take-out spot was across from Prima but I wanted to sit awhile, to watch people, to soak up the new land in the company of strangers.
.
The sidewalk tables at the Tabani Gosser Etterem Restaurant in the quiet Taban area just below the Castle district drew me near. Outside a group of locals enjoyed the spring night over a few pints. Inside a few couples sat eating quietly. I was led to a small table near the window and took my time settling in. 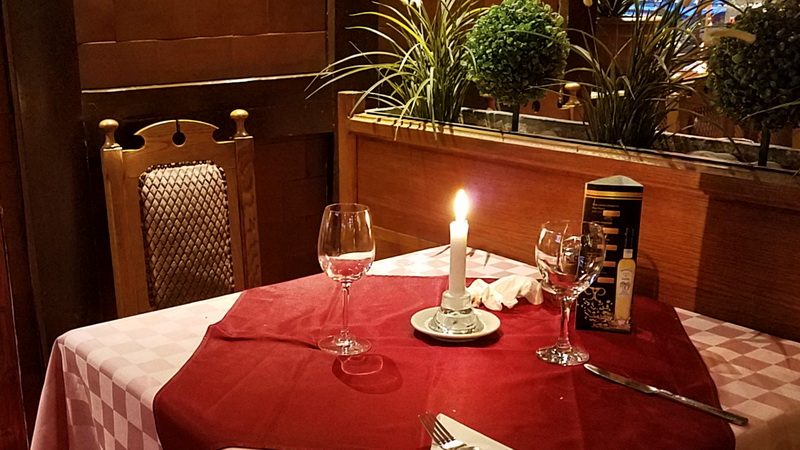 First meals in a new country can be merely fatigued-clouded consumption – a quick bite and then onto the next task, place, or tour.  A feast is often fueled by adrenaline in a new place. “I made it!” Bite. “I’m here!” Bite. If the food is delicious and comforting so much the better. If it’s not, the focus shifts and each taste can be a dreadful slap of remorse. Going out alone in a new country makes it harder to return a plate to the kitchen when you don’t have a table mate backing up your decision. Luckily, I didn’t have that problem. My first meal in Budapest was one of my favorites in the country. 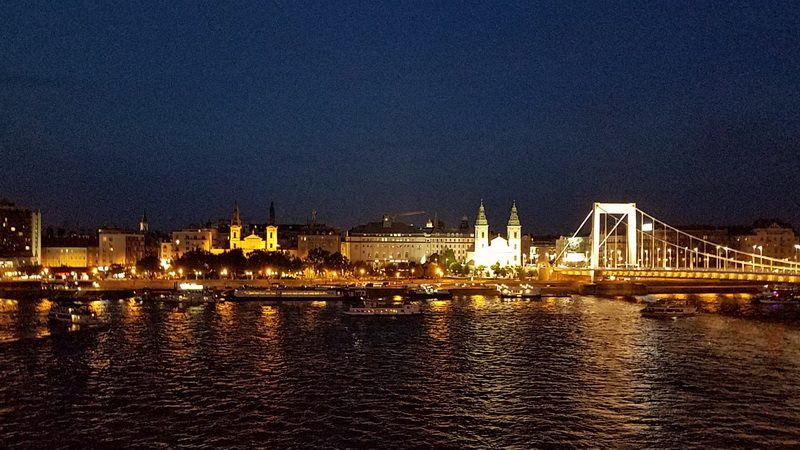 The view of Budapest from the apartment

The murmuring groups nearby brought comfort to my simple and relaxed dinner of borscht and borju paprikas (veal paprikash). I took my time, checked a few pictures on my phone and shared a few words of broken English with my waiter. Finally, with fatigue catching up with me, or the wine, I paid my bill, grabbed the groceries and let myself into the apartment. The windows filled with the golden glow of the city lights across the river.
.
Budapest isn’t known for quiet solitude. The Pest, newer, side of town is dense, crowded with markets, bars and things to do. Going out alone there, especially after dark, wasn’t the peaceful experience I needed to recharge my batteries. The Ruin bars and cafes could wait and here’s a bit about what we ended up doing during the rest of the week. I suppose the going could’ve gotten lonely if my sweetheart were not arriving the next day. That night however, going out alone was the perfect prelude to a few weeks of travel in Eastern Europe.
Enjoy the post? Share your ideas and this pin. Thanks! 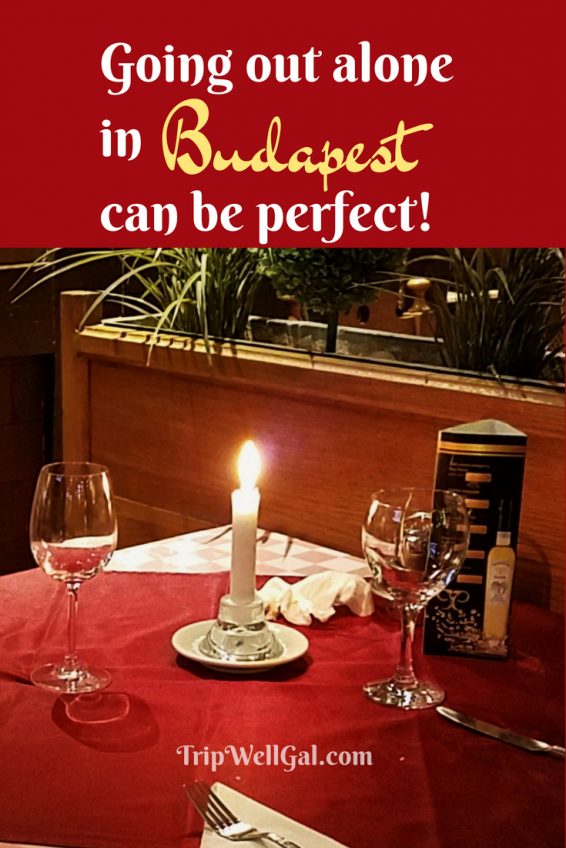 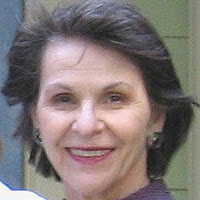