Once storks migrated through the lake country where the renowned city of Geneva now stands. That past is given a nod in the golden stork that reigns over the entry of the Hotel de la Cigogne. The luxurious hotel is a gem set between buildings and narrow streets. It stands on the plain that sweeps up from the waterfront and into the historic district. While an international business and political hub, the Geneva district is the renowned also for shopping, culinary traditions, historic sites and makes a perfect setting for a romantic getaway. Lake Leman with a glimpse of the historic city in the upper left.

After flying in from London, I arrived at the main train station within a half hour. The sky had darkened and a misty rain was falling, softening lights and window displays. As I walked a patchwork of dark and bright cobblestones in Place du Molard caught my eye. At night the wide street is illuminated. Many of the glass ‘stones’ were lit from from beneath and imprinted with a greeting in several languages from around the world. It made this travel weary tourist feel welcome and was less than a block from my hotel rendezvous. From the moment the hotel doors opened, luxurious textures, light and color from stone, deep rugs, stained glass, glittering chandeliers and hand troweled plaster acted as antidotes to the outside world of rush and hard modernity. It is partly illusion, carefully created, from the renovation of the 1901 building after it’s purchase by local architect, Mr. Rene Favre. He preserved the facade only, raising the interior and added a metal superstructure. Clever technical touches are embedded. The elevator runs whisper quiet and swift, lighting is placed to illuminate but never intrude. A discreet warmth flows from fireplaces, staged for comforting efficiency. Seasoned flagstones are set strategically.

This American felt out of her league but that faded fast. The staff were so friendly and made me feel most welcome. The Manager helped me to my room, a junior suite that was perfectly set for a romantic rendezvous. A curling stair led into the suite sitting area and I imagined descending to my sweetheart who would be waiting with a glass of champagne. However this was a solo trip  and the waiting tray of fruit, nutmeats and chocolates were mine alone. Live like royalty in a suite at Hotel de la Cigogne

I freshened up and began a short tour of the other suites. Each was more beautiful than the next. Designer/owner, Mr. Favre was an antiquities connoisseur, who collected furniture from secondhand trades for years. Restored bureaus, sconces and much more were placed in suites and along hallways as if he were decorating a private estate.
His piece de resistance was in selecting fabrics for the hotel. Daring deep, jewel tones flowed from walls into complementary tapestries and brocades upolstering settees and lounges. Polished desks beckoned. The bathrooms were completely renovated and, while not large, featured smooth stone work, designer fixtures, glass shower doors, deep tubs (not in every room) and many had bidets. I longed to sit in the lobby drawing room, to sink into an armchair observing the European clientèle, with a book on my lap and a glass of wine beside me. However it had been a long journey from Los Angeles to Geneva and I had a deep bathtub to soak in before resting up for my city tour the next morning. Had I known about this luxury beforehand I’d have extended my visit. A secret about Geneva
Hotel de la Cigogne is often full of business visitors but weekends in the historic district are usually quiet and spared the crowds overflowing other parts of Switzerland. Rooms are more affordable on those days. If planning a tour of the graces of Geneva, I hope you consider a romantic getaway in the hotel guarded by a golden stork.

Set up your romantic getaway

Disclosure: I was a guest of the hotel but as always impressions and opinions are my own. Safe travels for women in India – Tips from JD Viharini 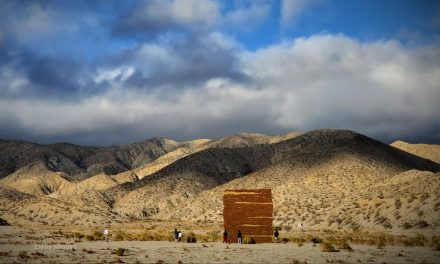