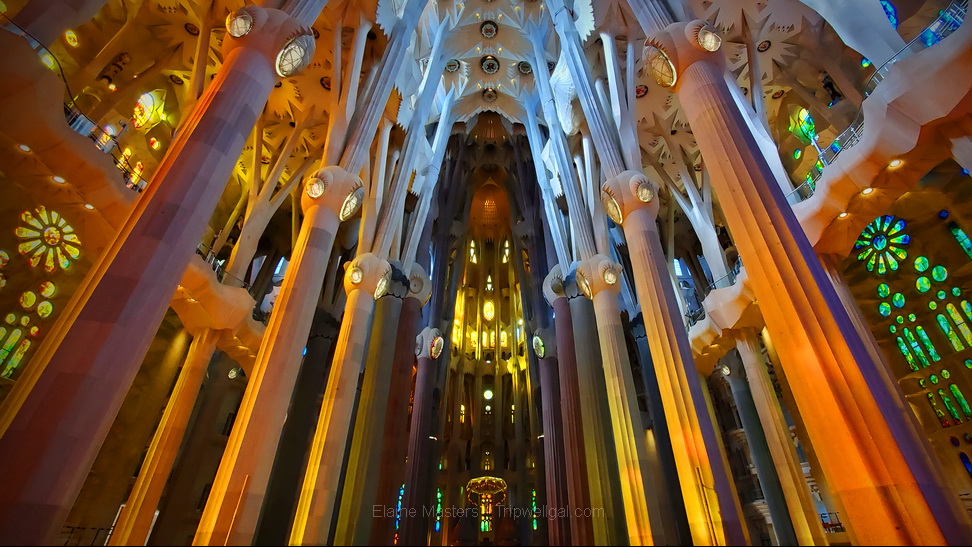 I jiggered my luggage onto the escalator crawling up to the street. As it rose into the afternoon light, an immense shadow rose over my shoulder. Stepping onto the sidewalk, I burst into giggles, looking like a madwoman, laughing alone on the busy Barcelona boulevard.  The shadow looming overhead was the Sagrada Familia Cathedral. It had mesmerized me forty years earlier and it was the reason I’d finally returned to Spain.

While it’s still not possible to explore Spain during pandemic times, many of us are planning international trips and I hope this post will inspire you to explore inside Sagrada Familia one day. The post also contains Affiliate Links to help your trip planning and packing and any purchases help to keep this blog afloat. Thanks!

Barcelona Then and Now

While backpacking around Europe in my twenties, I chanced a few brief days in Barcelona. The work of Antonio Gaudi, whose unmistakable architectural style still draws admiration and visitors, was one of the greatest discoveries of that early trip. Besides, the Barcelona Cathedral was unavoidable as it dominates the center of the city to this day.  In the 1970’s only construction workers went inside Sagrada Familia; the tower was the only section open to the public.  I remember the whirl of cranes and scaffolding floating over this immense stone heart of Barcelona and how excited I was to climb the narrow tower laced with small windows. 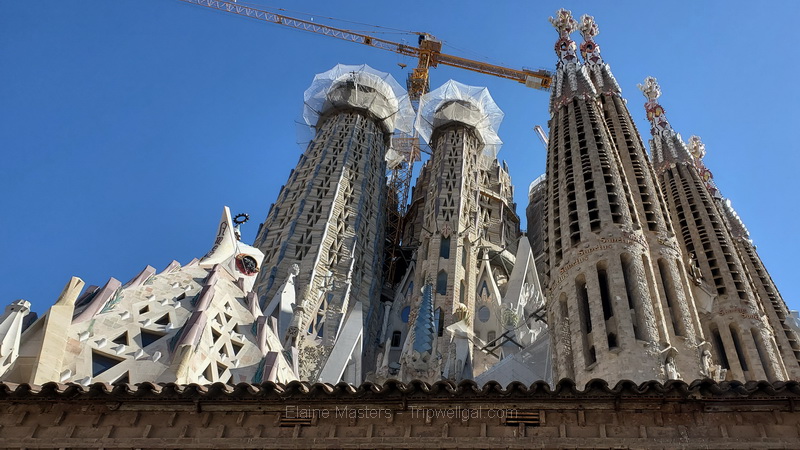 The world remains fascinated with the Cathedral’s architect, Antonio Gaudi. I’m always stirred by pictures and stories about his buildings. However, my first chance to return was a conference in Italy with a quick pre-trip to Spain. But before leaving home, the Italian part of the adventure evaporated as the first cases of Covid emerged in northern Italy. Unable to get refunds for my flights and unaware where the world was heading, I decided to salvage what I could and flew to Europe on my own. As of this writing much of Spain is still closed to visitors. Hopefully that will changes soon as vaccinations are changing travel options swiftly.

The trip in Februrary 2019 was short, so I splurged on a guided tour inside Sagrada Familia and joined a small group near the ticket booth. Our diminutive guide, Melina, gave us quick introduction as we looked over the Cathedral’s three entrances. I was charmed by her enthusiasm; hands constantly pinwheeling, voice scaling up and then low in emphasis. When she felt we were sufficiently indoctrinated, she led us inside and dramatically asked us not to turn around. We drew close to a pair of sculpted doors and surveyed the statues flanking it. The space felt alive with whispers and the fluttering sound of clothing as I waited to pivot on her cue. Finally turning towards the Basilica’s altar, I was stunned and whispered, “I’m going to cry.” Melina replied, “Many do.” 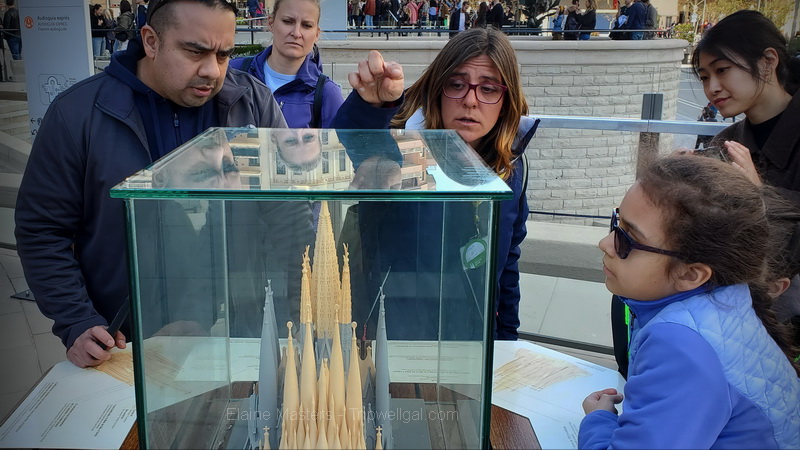 For a moment I felt like Jonah inside his monumental whale. The space heaved open with ‘ribs’ crossing overhead. Supporting columns, a forest of sturdy but pale stone trunks, erupted into limbs. Coral-like medallions dotted the highest reaches. But the light was most unexpected. Gaudi was painterly with his windows. In the mornings, Melina pointed out, sunrise washes the interior with one palette; the afternoon is different. Before me, immense rays in orange to green tones pierced the shadows. It felt like I could wrap my arms around them, but people walked through slowly; a tide, changing tones, and then receding into shadow. I was reeling then called back as Melina finished her presentation and mentioned that we could visit the original chapel below the altar on our own.

“To do things right, first you need love, then technique.” Antonio Gaudi

I was surprised to learn that more than one architect was involved in the mighty masterpiece. Gaudi was called in to complete the first architect, Francisco de Paula del Villar’s, traditional Gothic design. With generous donations, which continue to support the building efforts today, he was able to reconfigure the stalwart flying buttresses and pointed bell tower into an altogether different creation. It’s hard to imagine how he convinced the Church to comply with his ambitions, but the Spanish loved his eccentricities, especially as the flourishing city was rushing towards modernization. 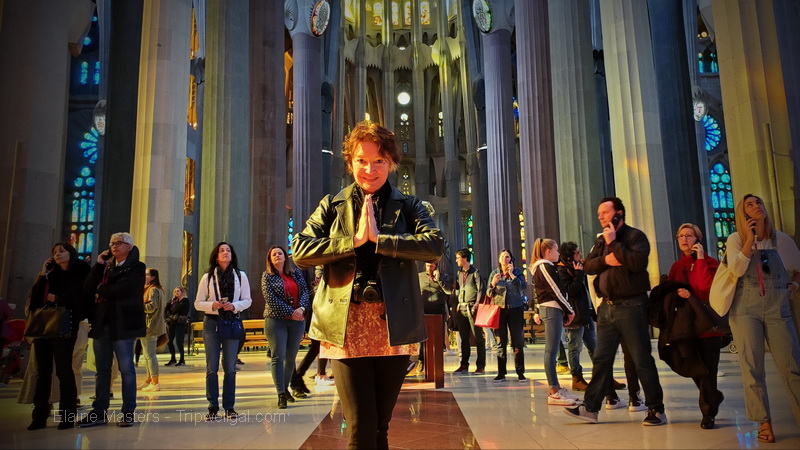 I walked towards the entrance to the chapel with the idea of meditating there before getting dinner. At one point, I looked down through windows below the altar to a set of typical pews designed by de Villar.  That subterranean space didn’t inspire me. Had I known that the crypt, the oldest part of the Basilica, was where Gaudi was buried, I would’ve paid my respects. It had been a long intense day, I found a recessed seat in a side chapel, exhaled a few times and began.

Without intention, my awareness rose to the chronic neck pain that has been with me for years. It was throbbing after a week of nights in unfamiliar beds. Feeling into the ache, I silently asked for help and then let go. With a gentle caress of pulsing light, the throbbing lifted and dissolved completely. Filled with gratitude and amazed, I sent a little prayer of thanks out and soon left. The annoyance did return but only three days later after long flights of contorted seating and exhausting airport transfers.

Gaudi was known as a devout Christian but after Melina pointed to an enormous turtle sculpted into the base of an entryway support and the bulbous fruits on the towers above; the tree-like columns, insects and irises carved into doors, and window light in rainbow hues, I wondered if his faith went beyond Catholicism and towards a more encompassing glorification of creation. He was known as a great observer of nature after spending long periods of time convalescing as a young man where he contemplated the shapes and landscapes of the countryside in Camp de Tarrgona, south of Barcelona. 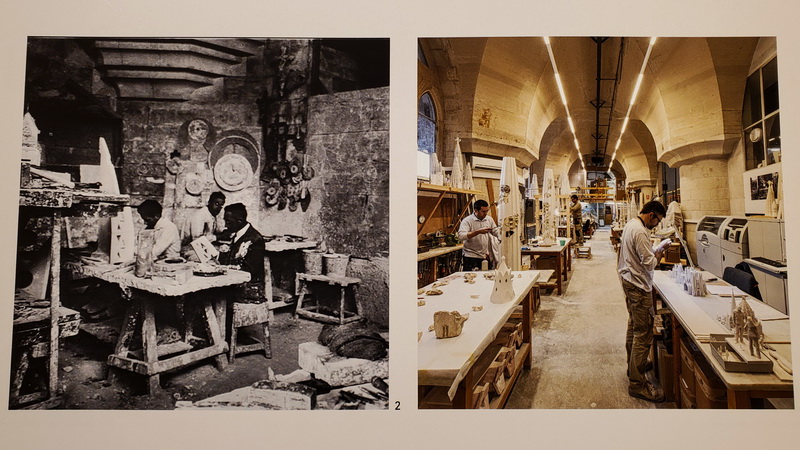 Inside Sagrada Familia Workshop then and now

The way he worked natural lines and images into the plazas and columns of Park Guelle in the hills above the city, his undulating apartment buildings and private homes, and throughout the Cathedral, reminded me of Japan’s Shinto reverence for nature in stone and wood. Was Gaudi a Shinto-ist at heart? More likely he was influenced by Japanese design which, between 1880 to 1915, swept Europe as Art Noveau. It was called Arte Noven in Barcelona. There is no way of knowing.

A modest man, while working on the Cathedral, Gaudi walked the city dressed in his usual old coat and shoes. One night he was mortally wounded in a trolley accident. Dressed shabbily, without identification, he languished in a hospital ward for indigents before he was identified as the beloved missing architect.

“He had left on Monday (from the Sagrada Familia,) all alone. He returned on Saturday, with the whole city by his side.” Lluis Carreras, 1926

No other edifice is like the Sagrada Familia and the greatest wonder is how his creation was embraced by Spain. The pandemic has extended the Cathedral’s completion to 2026. 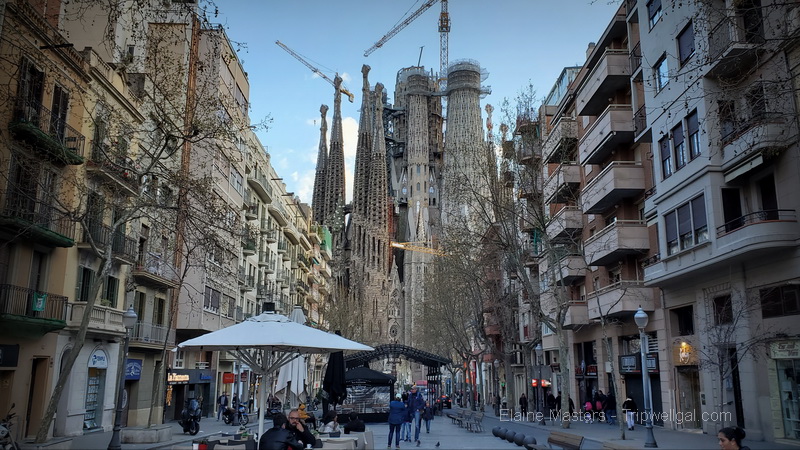 Sagrada Familia still looms over the center of Barcelona

On my brief trip to Spain I visited several of Gaudi’s creations, took a train to see the Montserrat Chapel outside of Barcelona and spent a few days in Granada fulfilling another dream of seeing the Alhambra Palace. It was just before world travel shut down but one day, I’d love to bathe in the Sagrada Familia’s beautiful light again. 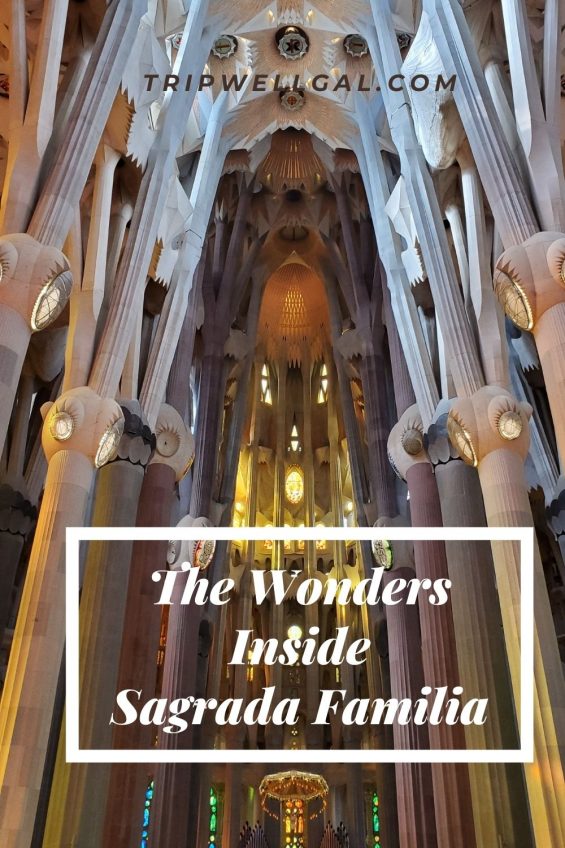 Where to find the most unique bunny encounters worldwide 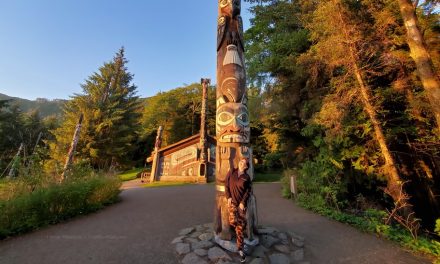 Beat the crowds – Ketchikan Things to Do