I was sleepy by the time we finally drove into Joshua Tree National Park. The sun was already sliding down as we pulled into the parking lot at Jumbo Rocks, intending to take the trail to Skull Rock before sunset.

I parked and started gathering my coat and camera stuff when a bearded, sun burnt man, wielding a beer bottle, came up from the bushes. He stated loudly that these spaces were reserved for campers and there was a sign at the entrance that said so. Anger flared in me. I mumbled my innocence and a curt acknowledgement while getting back into the car. Still  fuming and mumbling, I parked closer to the road and charged that cantankerous sentinel with unkind names. My poor companions gave me some distance as we clambered over rocks searching out the trail. Later I knew I’d been given a gift. Here we were at a sacred site and instead of slipping onto the paths unconsciously, my senses had shifted and sharpened. The anger faded with the effort of the climb, leaving a tinge of remorse and embarrassment that quickly dissolved. Scraping boots and palms on rough rocks, we stood on massive boulders looking for the true path. Finding it, we got to Skull Rock as the sky was turning pink and then ventured across the road on a short loop trail back to the parking lot.

The dusk brought surprising wonders in shadowy outlines on the silent path. With the sun’s retreat, the air turned colder. There were no other companions – most trekkers had returned to cars and campsites. My son, partner and I kept on walking briskly, as much to warm up as get back to the road before deep darkness stilted our hike. I’d seen the silhouettes of a couple of other hikers in the distance and had wondered why they were off the trail. Around one boulder stood my answer. There was a quiet, man made temple just before the last rise. In the unbroken calm and natural beauty of the place stood dozens of short cairns. The small, stone stacks paid tender homage to the wondrous beauty of the place. They marked the human desire to leave a signal for others, a witness to being. ‘Kilroy was here.’

I laid one petite stone on a low cairn and felt peace for visiting the inspiring, powerful place. A comforting mantle of gratitude circled my shoulders in forgiveness. All was well as we returned to the car. Later I laughed about how the hike had unfolded and thanked the brusque sentinel who had startled me into awareness.

COMMENT: Have you ever had a surprising encounter that changed your perspective? 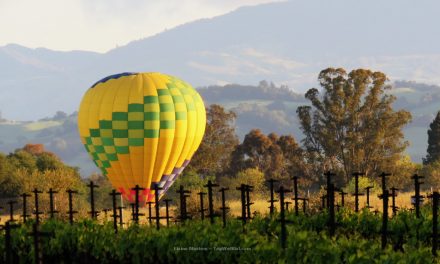 One moment when life changes 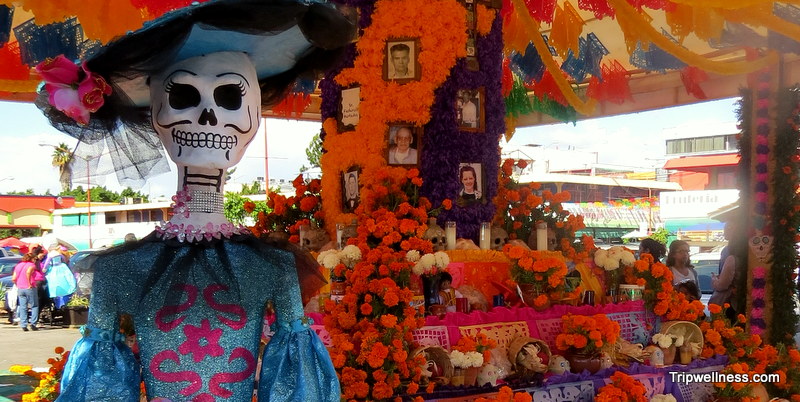 Day of the Dead in Tijuana – From graveyard to market