Post Updated to include Fair Use considerations, June 2017
.
As spring fever hits, those of us with wanderlust start packing and planning how to stay connected on the road. There are dozens of APPs and social media connections but you need Internet access. In urban areas around the globe, WiFi is abundant but can be spotty, if you can log in at all, and it might not be secure. If keeping a tether by phone or computer to family, work or GPS in a foreign country is important, on-demand WiFi is more necessary than ever. That’s why I’ve come round to using the Xcom Global Mobile WiFi hotspot.

I’ve gotten pushback from my travel buddy. He has a huge cell phone data plan through work and needs to be reachable by phone. With a Verizon plan, he can pay about $10 a day for the service and then can use his phone as a Mobile WiFi hotspot for his laptop. We’ll see how well his strategy works!

Check with your Cell provider

It’s not as easy for everyone. Sometimes your cell phone provider will have an affordable plan but read the fine print. Will you need more data than you use at home? Data charges can skyrocket if you’re sending pictures and videos, or watching videos when you’re out of the country. Turn off your data, put the phone in Airplane mode and make another arrangement.
Here’s a video about my experience with staying connected overseas:

I need access to the internet pretty regularly and have found that traveling with a Mobile WiFi hotspot is best. A personal hotspot tethers to existing cell signals. It was of no use while I was bobbing around in the middle of the Sulu Sea on a dive boat for five days. We were 90 miles from land, far from cell towers and the captain had only satellite signals for navigation. I knew that might happen in advance and took a digital break – not a bad idea! (See more about that adventure here.)

Last year while traveling in Switzerland, I arranged to use the TEP system. The Mobile WiFi hotspot can be mailed but I arranged to pick up and drop it off in Heathrow Airport while on layovers between flights. On arriving it would have been simple enough but I had to visit a different terminal and luckily had plenty of time to do so before catching my connecting flight.
.
TEP worked well enough. I needed to be in the range of cell service and found the only drawback was dropout as my trains dipped in and out of tunnels. The unit was a bright red color, which made it easy to find in my bag and it was easy enough to charge electrically (provided I had the correct adapter for the country.) I did notice that more I used it, the more daily data I drew, the signal would slow down and battery life diminished fairly quickly. Still, it was reliable and made my life easier.
.
One Tep wrinkle – when I dropped it off in Heathrow, I asked for a receipt. It was lucky that I did as the company contacted me later saying the unit had not been returned. What could’ve been an expensive administrative mistake for me was avoided with the receipt. Ask for and keep your receipt!.
.

Skyroam and Purchasing a Mobile Hotspot

As that system worked so well and I have been traveling in and out of Mexico more frequently, it made sense to purchase a Mobile WiFi hotspot. The advantage is that once it was paid off there’s only a daily use charge.
.
My local electronics store carried the Skyroam hotspot and I snapped one up to avoid shipping costs. Five free days of WiFi were included – a nice perk. What wasn’t as nice was the fact that the unit didn’t work. It looked like the same device as TEP, which I thought would speed up the learning curve, but it wasn’t working. I had several people check it out and ended up contacting support to replace it.
.
Again, save the receipt! I luckily did and several months later returned it (with that pesky shipping charge after all.) Will they return a working model? Will they reinstate the extra days I paid for? I’ll update this post once I know more. My hero hotspot now is the Xcomglobal unit. The company has offices in San Diego, not far from my home and I was able to meet the team, then pick up the package. It came in a nice leather case with documentation and instructions, a charging cord and a multi-country plug. The unit was nested in a small pocket inside.
.
The few downsides I’ve encountered in a week of use – the battery runs down fairly quickly, so I need to recharge and it’s slow to fully load. I’m working a strategy of turning off and on only as needed. That’s not a problem but with a gaggle of chargers and plugs to manage, I run into prioritizing what charges and when. It just comes with being a digital nomad! The Xcom Global Fair Use Policy reminder comes in the Hotspot package.

IMPORTANT: Manage your Data and pay attention to Fair Use Policies

I came late to this part of the mobile hotspot situation. While using Skyroam in Switzerland my internet access slowed. The fact that I was sending pictures to social media and uploading short videos had an impact but the device still worked. On my next trip, during a farm-stay in Croatia, I spent an evening catching up with online work. I was hooked up to WiFi through the Xcomglobal device and all went well. Thunder shook the windows and a heavy rain fell, then the lights went out. My computer wasn’t plugged in so I wasn’t worried about possible damage from surges. Amazingly, the WiFi stayed connected. I didn’t lose my work or have to reboot. All great.

However, the following day my hotspot stopped connecting. I didn’t know what the problem was but I didn’t start investigating until we arrived at our next destination. I contacted Xcomglobal support and thus began my enlightenment about Fair Use policies. They informed me that could take 12 hours for the device to “refresh my data,” and if it didn’t automatically, they emailed detailed instructions on how to manually refresh should I need to. Luckily that wasn’t necessary.

If you need to download apps, maps, videos, make Skype calls, etc. connect to public WiFi that is password protected (hotels, restaurants, etc.) and subscribe to a VPN service for security. I’m certainly no internet expert but I imagine that while Fair Use limits might be reached, you won’t risk blocking your hotspot. Stay in touch with a Mobile WiFi Hotspot

Postcards are wistfully nice but if you’re traveling abroad they’ll arrive after you get home. I’m banking on my digital systems and photos for memories and look forward to keeping up with work and family with my Xcom Global Mobile WiFi Hotspot.
Have you used a Mobile WiFi device? Let me know how it worked in the comments section!
For more information: https://www.xcomglobal.com
Disclosure: I didn’t receive compensation or a free mobile WiFi unit to test. All opinions are mine. 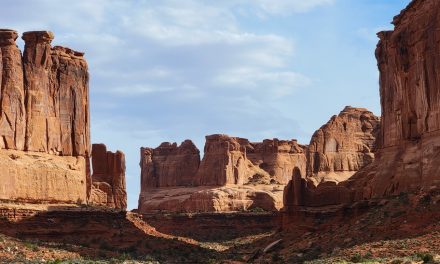 How to Travel Well Now