The beauties of Milford Sound are legendary. I had my doubts, after living in Juneau, Alaska and once sailing through several awe inspiring, narrow channels. But I’ve been converted. If the channel cliffs of Alaska are steep, in New Zealands’ Fiordland they are towering.

The Maoris have a legend that their god was creating the world and scooped the rocks near the sea roughly before he created his masterpiece, Te Wahipounamu. We sailed under his cliff creations, some reaching over 2000 feet. Once our boat swung into the spray of a waterfall three times higher than Niagra Falls. The drive that brought us to the boat was nearly as awe inspiring.

The previous afternoon we drove into the small town of Te Anau to rest before driving to Milford. The main street caters to visiting travelers with shops, restaurants and bars. The rest of the city sits compact alongside New Zealands’ second largest lake. In Te Anau, you can stock up at the local market, or as we did, pick out a bottle of wine and take it, (‘BYO Wine only’) to the Ruches Indian Tandoori next to the cinema. The Paneer and Nan were delicious.

There‘s a famous trek from Te Anau that will take you into Milford Sound. It must be amazing to hike through glacier carved valleys for a few days, joining the few hundreds allowed on the trail at a time.

We  left by 7:30 am for Milford, a 2 hour drive, made longer for the small hikes that tempted us off course and the absolutely astounding pictures to be had. Boyd Creek was an easy diversion for a 15 minute leg stretch. We took dozens of pictures at the stunning Mirror Lakes, where a ducks wake was the only thing marring a perfect reflection of the mountains above. Onward through misty valleys until we made it to the single lane Homer Tunnel. While waiting for the signal allowing us to drive through, there was time for more pictures or a quick loop trail in the shadow of a looming rock amphitheater with dozens of thin waterfalls. On the trail we followed several horticulturists marveling at the unique plants bordering the walkway.

After speeding through the single lane, dark, rough hewn Homer tunnel, we emerged into a tropical world. Ferns crowded the road. I spied a pair of Kea parrots chasing one another through the tree tops when we stopped at the  Chasm trail. There you can stand over a natural rock bridge carved by the pummeling waters.

Milford Sound rests at the foot of a series of switchbacks. It’s a tiny outpost of civilization. You park, a five minute walk from the boarding center, and cruise out to sea. Some people overnight on some of the dozen or so different ships. We floated through the Sound for two hours, sharing the water with a handful of kayakers who were paddling near a pod of Bottle Nose Dolphins. Later several of the huge Dolphins played in the curling waters at the nose of our speeding ship. Just because they can, I guess.

The Tasman Sea must be an exotic place but the afternoon we were there it was a calm, featureless expanse. If we were on a longer cruise there are another half dozen fiords to explore to the south, but I preferred the contrast of the rock walls dropping to the sea and was glad to return to those sheltered waters. There was a timeless, calm grace on that perfect afternoon with its bright sun and clear skies. 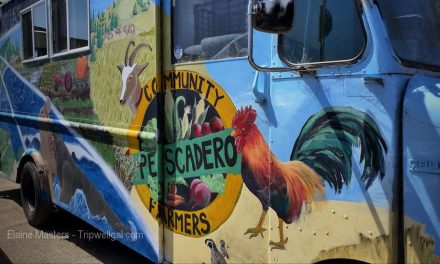 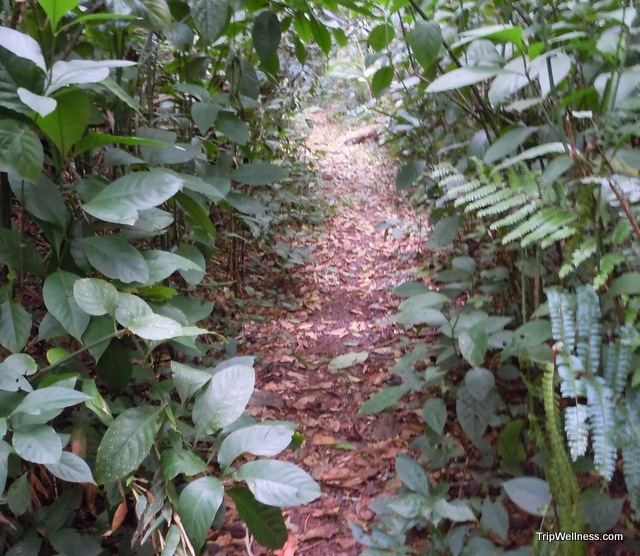 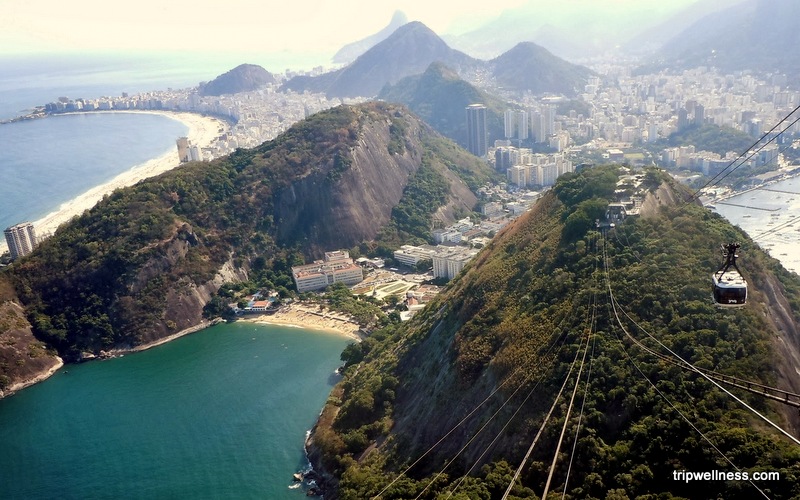