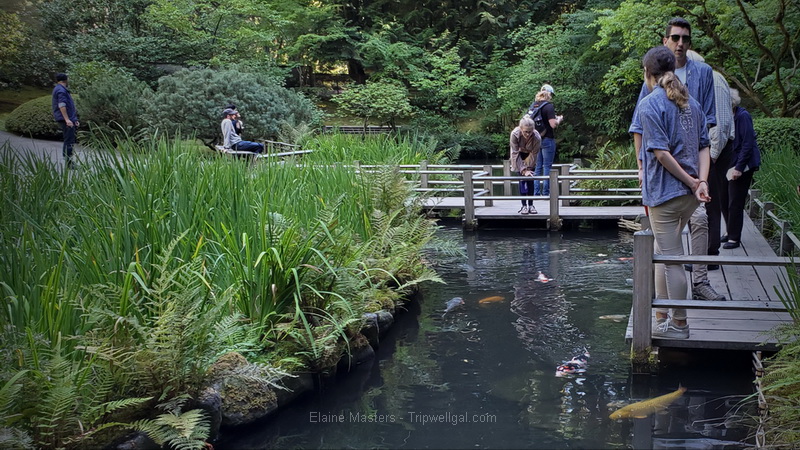 Is there anything as calming as walking through a vast Zen garden? Portland, Oregon is renowned for its Rose Garden, Zoo, Arboretum and especially the tea house and Japanese landscape in Washington Park. The Portland Japanese Garden is place of refuge from the urban race and it’s easy to get to by light rail from the city center. I spent several car-less days in downtown and loved seeing the city in sunshine.  On one, steamy summer day the idea of tramping through a shady pine forest drew me. The park was easier than expected to reach. Even though I’d lived in Portland decades ago I barely visited the tall, rolling hills just west of the city. Light rail tracks were still new but now make getting around the area very easy and smooth. There’s a lot to see in the park.  Instead of investigating the zoo, the Hoyt Arboretum, or spending much time in the International Rose garden, I hopped on the free park shuttle. I was curious about the hillside Japanese garden and the idea of sipping a cup of traditional matcha in the tea house. It was lovelier than I could’ve imagined. 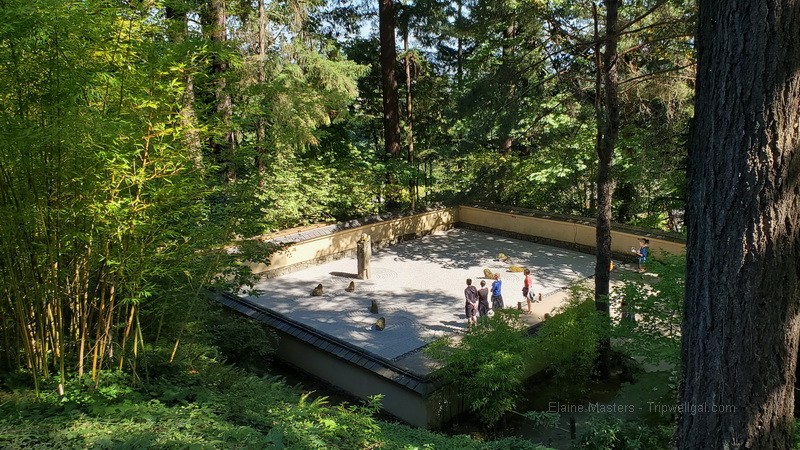 Most Authentic Japanese Garden Outside of Japan

The former Ambassador of Japan, His Excellency Nobuo Matsunaga, called it the most beautiful and authentic Japanese garden in the world outside of Japan. My expectations were high when I set out by light rail from downtown to dip into the Japanese landscape. First, the train slipped west through a long tunnel and at the park stop I took an elevator, emerging from over 600 feet underground into the light of a wide plaza. The zoo was in front of me. The Forestry Center across and the free shuttle service just a few feet from the elevator. (It runs daily from May to October and then only on weekends the rest of the year.) Within 10 minutes I was at the Japanese Garden gate looking up the hill and could just glimpse the outline of a tea house in the midst of an exquisite Japanese landscape. 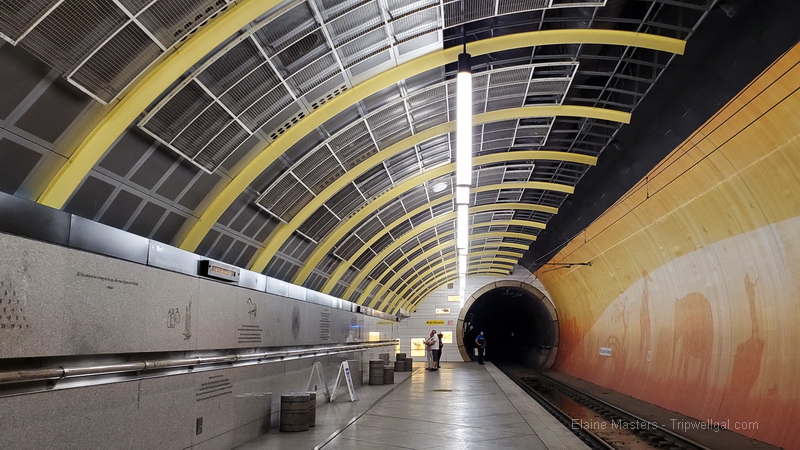 At first I was daunted by the switchback trail but walked past the entrance waterfall and took my time. It became a zen exercise to step up the sloping trail, staying present to soak it all in. I sense it was intentionally designed that way. I concentrated on moving forward, looking up into the treetops, admiring the bamboo fencing and ferns along the trail, the bird calls, and murmuring voices nearby. Slipping out of the city buzz came naturally. When the wooden buildings were in full view I forgot about being slightly winded. This was a beautiful new world! (The park is also handicap accessible via shuttle to the top plaza but arrangements should be made before you arrive.) 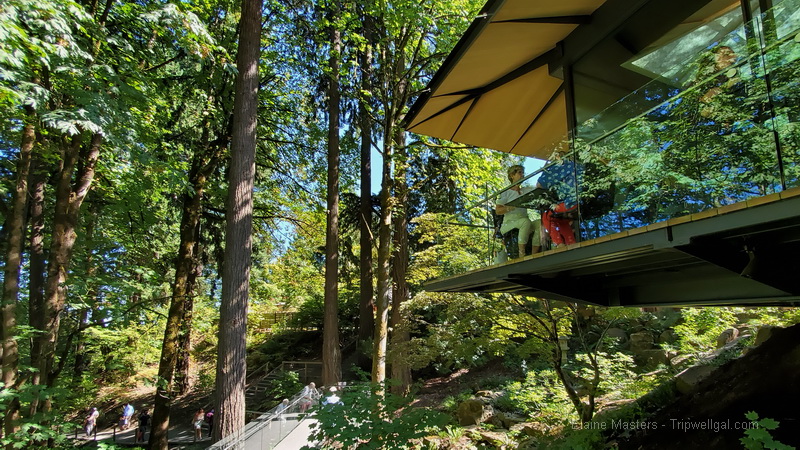 Eight Gardens in One

Tours are available (Call 503-223-1321 for daily tour times) and I’m sure illuminating but it was already late in the day, so I kept moving. There are eight garden spaces, each showing a different aspect of Japanese garden history. The names are modest: The Flat Garden, Strolling Pond Garden, Natural Garden, and the Sand and Stone Garden. Before entering the garden several buildings surround a plaza. At the far end is a significant rock wall. It’s known as the Shiro-zumi Castle Wall and is functional as well as a connection to Japanese heritage craftsmanship. It’s the first of it’s kind built outside of Japan. 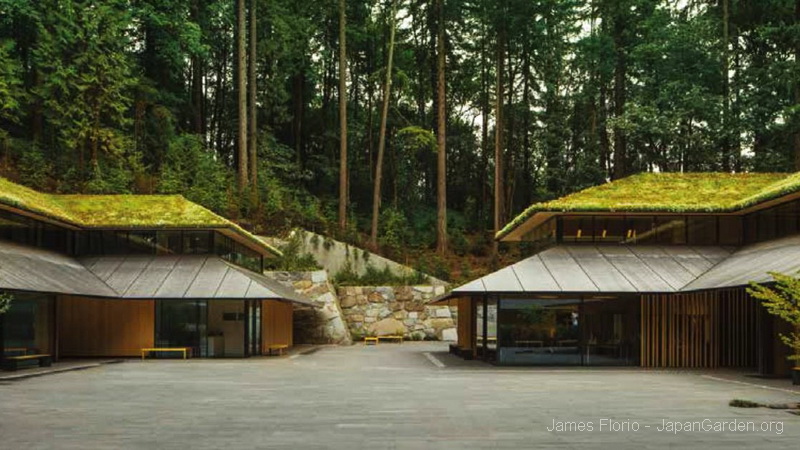 Japanese landscapes and ornamental gardens make the most of bridges over waterways. The flowing stream in the Strolling Pond Garden was full of fat Koi fish. A Moon Bridge swooped over one section and a Zig Zag bridge of alternating stepping stones passed the Heavenly Falls. The Natural Garden was designed for pausing with hidden benches. A lookout offered views of the rock garden which featured the Japanese principle of yohaku-no-bi, “the beauty of blank space,” meant to invite contemplation. Arches rose near a bamboo fountain. Paths led up stone stairways and along walkways between traditional structures. 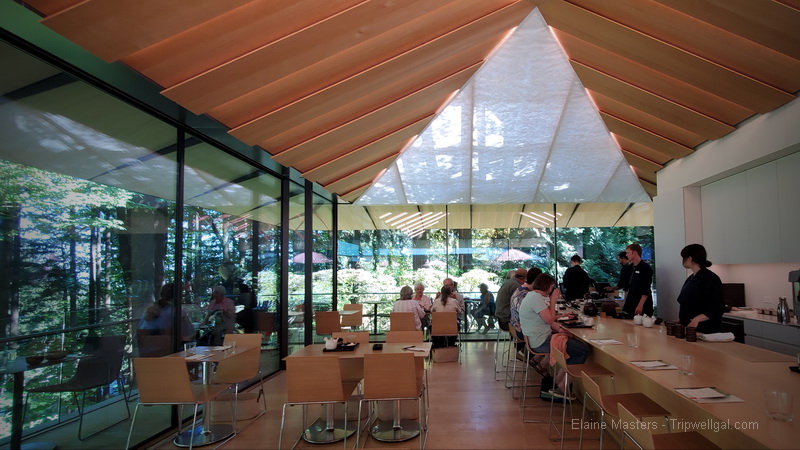 Inside the tea house in the Portland Japanese Garden

I stopped in the gallery building and gift shop, but my favorite experience was soaking up the ambiance of the tranquil tea house. I watched a young woman making ceremonial green tea before sitting next to the wide windows overlooking the hillside. Service began with a moist towel; my matcha bowl and sweet followed. It wasn’t a calming, formal tea ceremony but I couldn’t have felt any more tranquil. 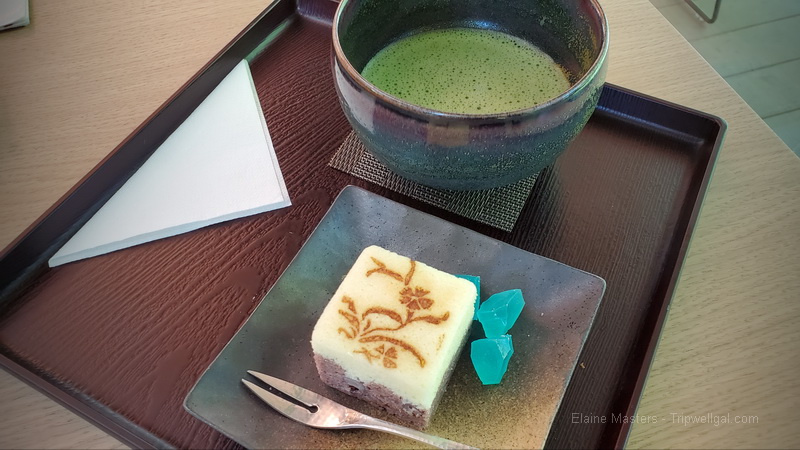 Inside the tea house with Matcha

The garden is open year round except on the major holidays. Check the website for times and to reserve handicapped access.
japanesegarden.org

Here’s a short video about the Japanese Garden in Portland, Oregon

Other places to enjoy the beauty of a Japanese landscape in the US: 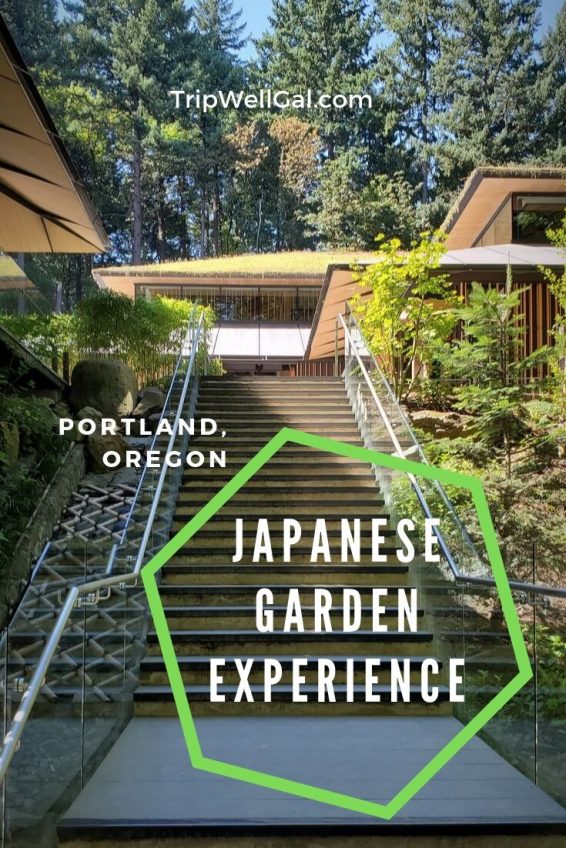 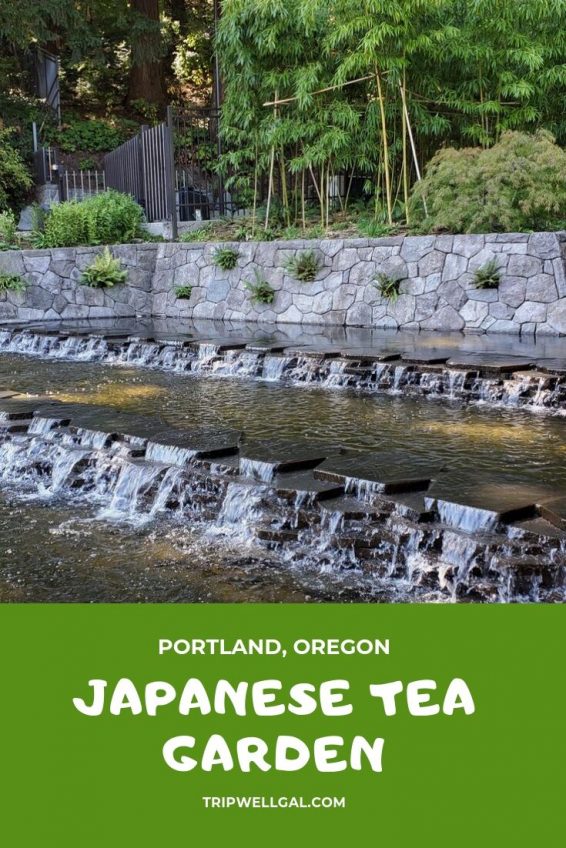 Chicago pub crawl and the birth of brownies

Where to find the most unique bunny encounters worldwide