Across the street from the central train station stands a tall, pale stone arch. It’s a remnant of the old station, burnt long ago, and the Swiss city of Lucerne rises behind it. The city spreads out below the gnarled giant of Mount Pilatus. It’s wide girth towers over the region, a kingly presence matched only by the more feminine grandeur of the Lake, whose fingers stretch between neighboring valleys, embracing villages nestled along the shores like suckling siblings. Lucerne arch, a remnant of the old train station

I walked out of the station to finally meet a digital friend in person. Crowds bustled away from the trains. Clutches of tourists crossed the street to the Lake. I scanned the quay noticing many boats were waiting. Which one was mine? Then I recognized Ladina and knew the day was set. After happy hellos we boarded for a three hour boat trip to Flüelen. The first class restaurant on the Lake Lucerne boat trip.

The ship was narrow with two main decks forward and aft. A kind attendant pointed us upstairs to the first class seating area. We stopped at a cafe table near a window, leaving luggage and bags without worry. It’s the Swiss way. Outside long wooden benches waited for those willing to brave the fresh chill. We did repeatedly to better admire the passing views, then retreated inside for cups of coffee and more conversation. The crew smoothly tucked the ship close to small wharves, stopping only long enough to drop or receive a few passengers. The route criss-crossed the water, following the shore where villages stood close, then silently turned away from land to slip across the lake to another stop. Some of the villages receive supplies this way but mostly the boat carried day passengers, many older with the hours it takes to make the full journey. As we entered the historic region, the tone on board shifted. Music had been playing lightly but it changed to more traditional Swiss style. Announcements centered on the historical sites along the way. They rolled out in several languages, with English in the mix. My American ears could follow along easily. I discovered that along the lake route, Swiss history is marked in stone and story. In the 1500’s, William Tell, according to popular legend, symbolized the struggle against the oppressive Hapsburgs. Five hundred years later, Fredrich Schiller embellished the myth in his play, “Wilhelm Tell.” The boat trip stopped briefly at Rutli, where a petite chalet sat close to the Lake. On the roof peak a weather vane twisted, its three figures representing the men who, myth allows, vowed to preserve Swiss culture. The country’s history is full of battles. Major invasions have been repelled but the National personality, secure now, patiently endures invasions of tourists. Some, like me, were there to open ourselves to the calm grace of the country, the over-powering beauty and deep culture. Many come for more active adventures – hiking, skiing, para-sailing, rock climbing and more. Extreme adventurers don’t usually spend hours on a lake admiring views and sipping schnapps. Too soon we’d reached the final berth and it was time to return to land at Flüelen. True to tradition, the train station was just a few steps away. Adjacent to the dock a monumental horn faced the ship. Happily there were no event crowds, so the horn sat silent. The peace of the ride, the day, went undisturbed. Ladina and I parted at the station, as she needed to return to work in Zurich, about 45 minutes away. My train left a few minutes later on a ride into the mountains and my next destination and task – to witness the rare beauties, foods and culture of Switzerland. If you’re interested in arranging your own Swiss rail, bus, and boat trip, Swiss Travel System tickets and passes are available through www.myswitzerland.com/rail.
*My boat trip of Lake Lucerne and the Swiss Grand Train Tour was made possible through Swiss Tourism. All opinions are my own and pictures too, unless otherwise noted.
I hope you enjoyed the virtual boat trip and will share the story with friends. Here’s a couple of pins as well. I’m a proud member of these awe-inspiring blogger linkups: 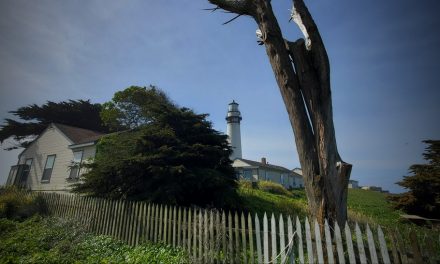