The giants of Honolulu, Hawaii’s Banyan Trees, under attack 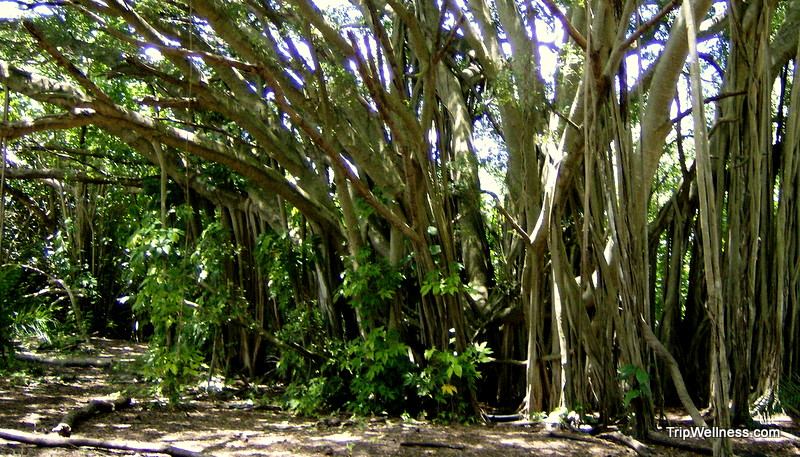 Banyan trees dwarf us with their vast, towering canopies and dangling vertical roots, which can be as large as tree trunks themselves. I felt like a tiny kid again the first time I spied a giant Banyan standing imperiously tall inside the courtyard of the Royal Hawaiian hotel in Honolulu. Decades later the great tree still stands but it’s less royal and around the island the trees are threatened.

The Royal Hawaiian hotel still retains its colonial grandeur but the tree has been closed in on one side by a shopping mall. Most of the vertical roots have been trimmed away from valuable real estate. Strings of lights and an electrical conduit snake up the trunk. Still, like a dowager queen, it stands tall if not the imperial monarch it once was.

Hawaii’s Banyan trees have become synonymous with the state, however they were first imported from India to Maui as a gift in the 1800’s to Sheriff William Owen Smith. He planted one to commemorate the 50th anniversary of the first Protestant mission to Lahaina. Today it’s the oldest surviving Banyan tree in Hawaii. 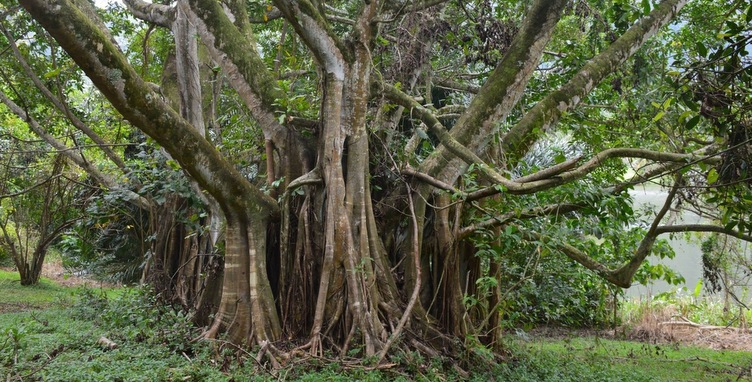 In Waikiki Beach Banyan trees still dot the landscape, although they’re sometimes hidden. You can visit the grand Banyan at the century-old Moana Surfrider Hotel where visiting royalty and presidents have strolled beneath its branches. Slip in from the beach front or enter through the lobby to the Banyan Courtyard where guests often mingle at happy hour.

The most celebrated Banyan tree in Honolulu, a gift from Indian royalty, flourishes at the Iolani Palace, which is a registered National Historic Landmark. Once the official residence of Hawaii’s monarchy, the Landmark still echoes its past when King Klakaua and his family walked the opulent halls. The grounds are considered sacred to Hawaiians as an ancient heiau, place of worship. The remains of the King and his descendants were once buried beneath the large Banyan Tree. In 1865 the family remains were carried in a torchlight procession to a new Royal Mausoleum in Nuuanu Valley. Looking up into the Banyan tree at Lolani Palace. Photo: Ann Peavey via Trover

Many Honolulu visitors encounter their first Banyan tree in the International Marketplace in downtown Waikiki. For 40 years a bazaar full of sheds and walkways snaked beneath the lofty tree’s branches and wandering roots. The open-air shopping center first opened in 1956 as a commercial, retail and entertainment center. After closing for complete renovation in 2013, the International Market Place reopened on August 25, 2016. Today the Marketplace thrives as a new shopping mall. The tree remains and in fact is being carefully tended by arborist, Steve Nimz, who has looked after it since 1971 and is liberating its extensive roots from concrete as the new facility took shape around it. 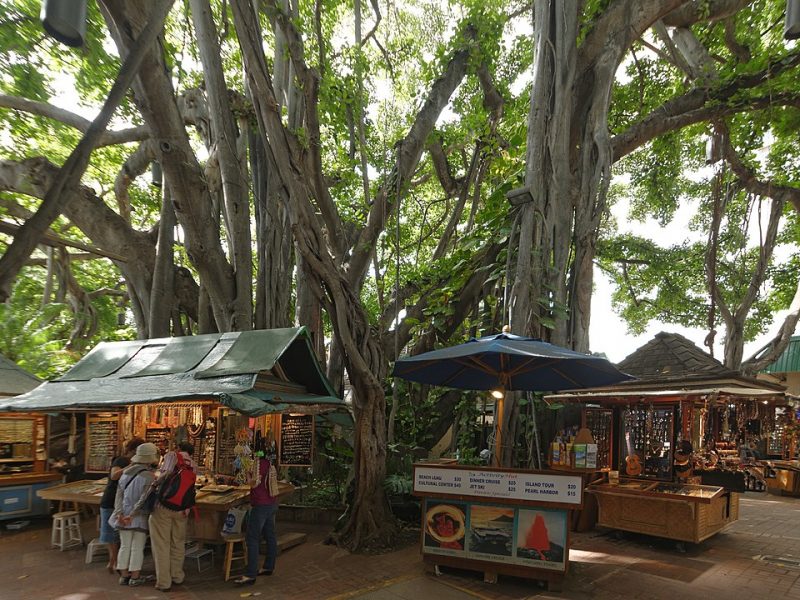 See the Banyan trees of Hawaii while you can

A small and more devastating threat than renovation has crept in to destroy the great trees. The State of Hawaii Department of Agriculture has deemed the entire island of Oahu infested with the Lobate Lac Scale, a tiny invasive pest. It’s attacking Banyans, Hibiscus as well as Koa plants and trees. Many Banyan trees are being removed to safeguard people from falling branches. It’s hoped the pests will be controlled eventually. Whatever the reason it’s a tragedy to lose even one of these great trees.

Where to visit the giants of Oahu: 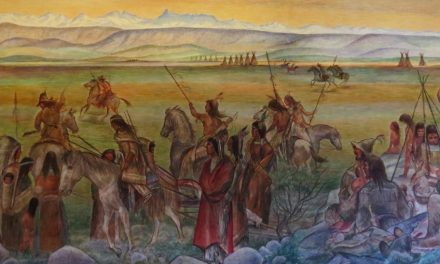