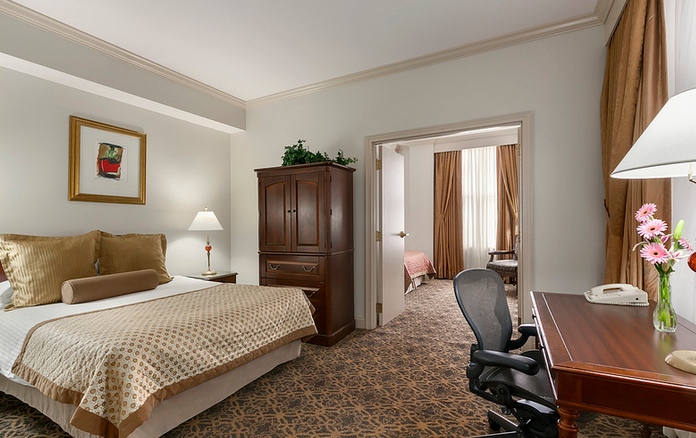 Our spacious, two-bed Hotel room at the Whitney

The first light slipped through a crack in the thick, panel curtains. Before going to sleep I’d considered closing them completely but jet lag would’ve had me missing half the next morning and I didn’t want to squander a minute of the trip.

There were a few new sounds from the street below. Listening closely I could make out the faint warning of a cross-walk audio but it was nested in a murmuring bustle that was new to this suburban, California gal. It was my first time waking up in New Orleans.

That excitement alone would’ve had me bounding out of bed and getting ready for the day but our room at the Whitney was so comfortable. My sister and I had requested two beds and were given two rooms separated by a double door. It was just a part of the discrete and luxurious service we experienced during our two nights at the hotel.

The Whitney is a Beaux Arts beauty listed on the National Historic Registry. The building was originally the Metropolitan Bank and designed by one of the most prestigious architectural firms of the post-Civil War era. Today if you peer into the dining room past the marble columns and its huge mural, there’s a mystery. 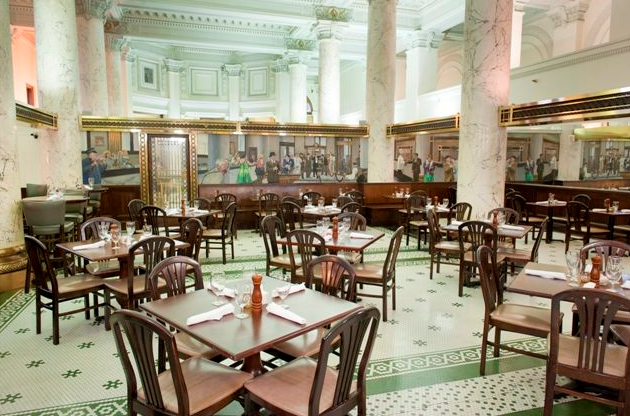 The Whitney Hotel dining room with the bank beyond.

A room beyond is brightly illuminated and separated by a vault door but the two spaces share marble columns and a tall, embellished ceiling. I wasn’t allowed to take pictures of what’s beyond. It’s actually a branch of the Whitney Bank and still in full service. 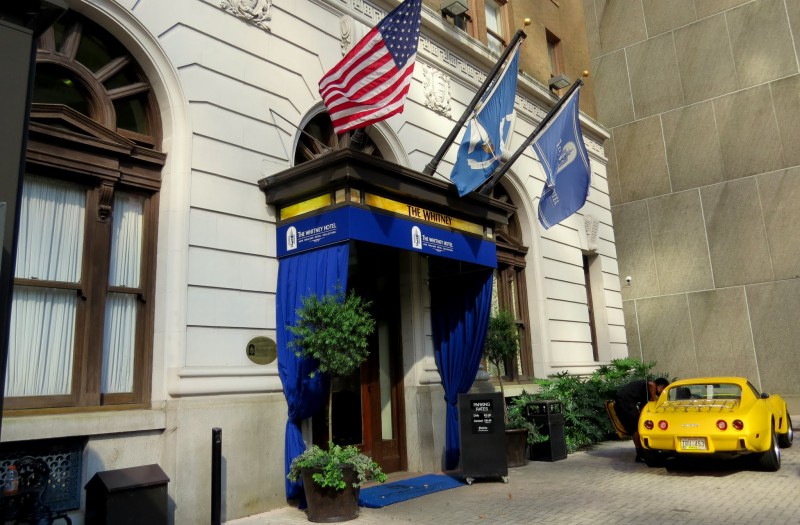 When we arrived by cab from the airport (about a 20 minutes ride,) he dropped us off at a formal, side entrance and a valet brought our luggage inside. We signed in at an old tellers desk and on the way to the elevator passed the bank vault, now a banquet room. 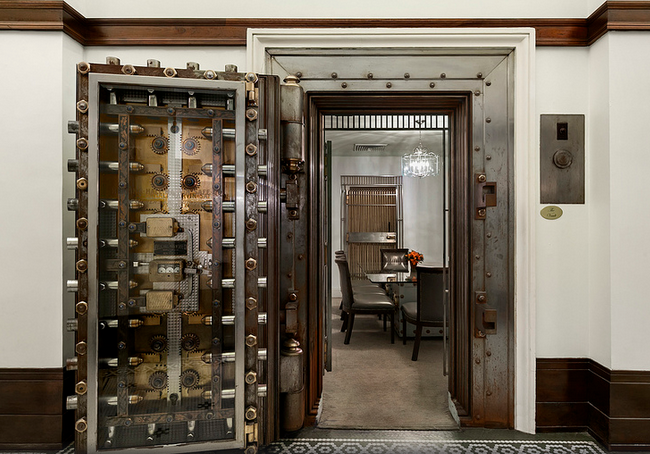 As part of the New Orleans Collection of historic hotels, the Whitney is well situated for exploring the French Quarter but just far away enough to be quietly accessible. Around the corner, there’s a St. Charles Line Trolley stop. That couldn’t be more convenient. It goes out through the Garden district and to the Audubon Park and loops back to Canal Street before returning. It was perfect for our walking vacation.

One night we ventured to Frenchman Street, on the far side of the French Quarter, for music and dinner. Returning to the Whitney was simple. Ready for a stroll, we slowly walked to the hotel. Taxis were everywhere but even at the late hour there were so many people out on the street we felt relaxed about taking our time and walking, two gals enjoying a late, fall evening. 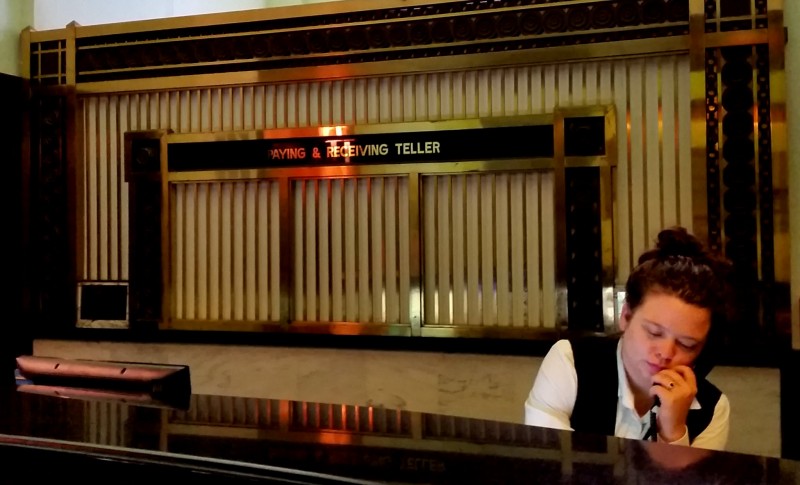 The Whitney exudes its historic background but isn’t stuffy – the amenities are up to date and always being upgraded. We enjoyed coffee in our room, the bathroom was generous enough for two gals to spread out and we each had our own TV. I loved having fast, complementary WiFi. The only thing missing was a place to sit and discuss our plans for the day – One of us sat in an armchair, the other on a bed bench. It was a minor rub. 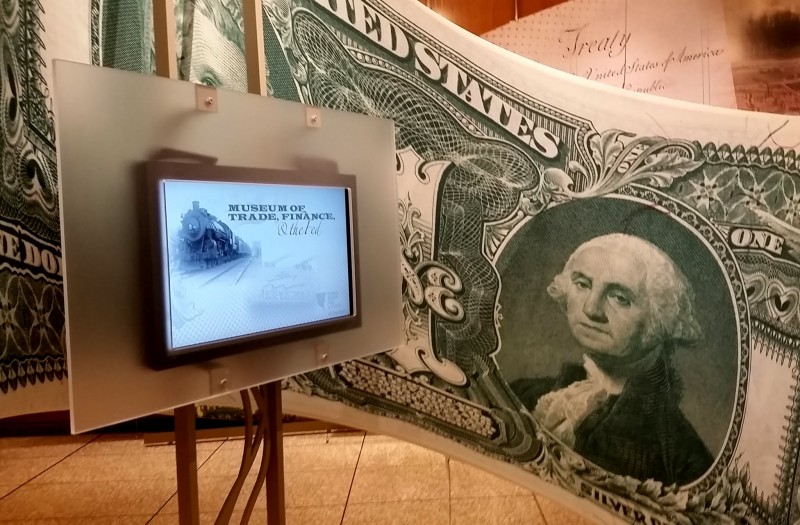 Inside the Trade Finance Museum

Being on the edge of New Orleans’ Financial District explained the neighborhood hush the weekend we were there. Offices were closed and workers were home. A park is around the corner next to the Federal Reserve Bank of Atlanta which houses the Museum of Trade Finance on the first floor. Getting in required a security clearance as stringent as any airport but little museum was charming and interesting. Little bags of shredded bills came home as souvenirs.

In the Museum of Trade Finance a label reads: “The shreds in this bag are of unfit currency.” Now we know where old dollars go to die.

New Orleans is overflowing with charm and discoveries. I look forward to returning to find more and resting my head on those perfect pillows at the Whitney Hotel.

Our stay was partially underwritten by the New Orleans Collection of hotels, but the opinions are my own. 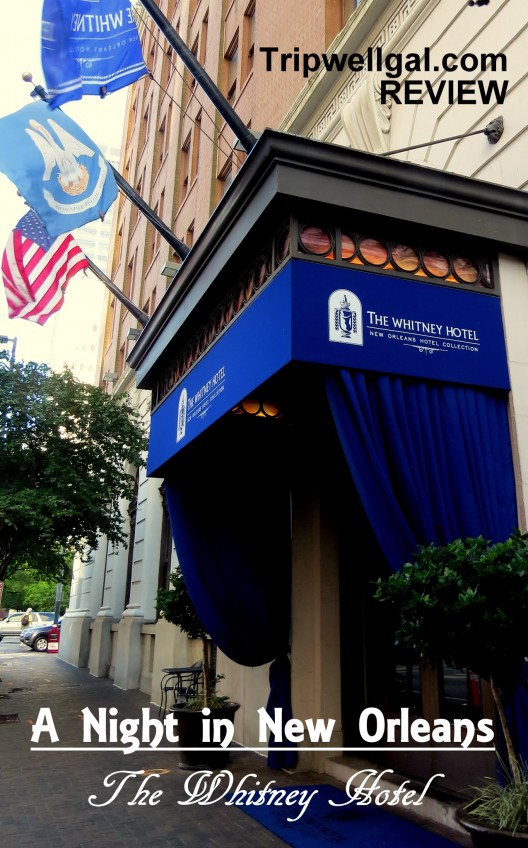